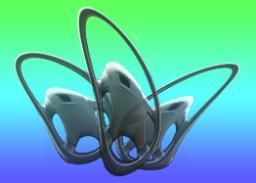 In their paper Necessary and sufficient quantum information characterization of Einstein-Podolsky-Rosen steering, which was published in Physical Review Letters, Dr Marco Piani of the Department of Physics and Prof John Watrous, at University of Waterloo, break new ground in the study of the usefulness of steering. They provide a full and precise operational characterization of the steering phenomenon, both qualitatively and quantitatively. They achieve this by relating steering to a fundamental task in quantum information processing: the discrimination of physical processes, i.e., the task of answering a question like “What actually happened to that particle?”. Dr Piani and Prof Watrous prove that the steering effect, when applied to a probe particle entangled with a reference particle, is the key in providing an advantage in this type of task in a scenario where measurements are subject to experimentally relevant limitations.

Quantum steering embodies the “spooky action at a distance” originally scrutinized by Einstein, Podolsky and Rosen in an attempt to prove quantum mechanics a theory still in need of refinement. We now know that steering is a crucial quantum effect that constitutes a strong manifestation of quantum entanglement. Nonetheless, answers to the question “What is steering useful for?” had previously remained limited.

The University of Strathclyde press release had this to say:

Communication security and metrology could be enhanced through a study of the role of quantum correlations in the distinguishability of physical processes, by researchers at the Universities of Strathclyde and Waterloo.

The study involved analysing the impact of quantum steering - the way a measurement performed on a particle can affect another distant particle. The study authors devised a method for both precisely quantifying steering’s impact and relating it to the task of distinguishing physical processes.

The research could have significant implications for quantum information processing.

The study was carried out by Dr Marco Piani, of Strathclyde’s Department of Physics, and Professor John Watrous, of Waterloo’s Institute for Quantum Computing (IQC) and School of Computer Science. Dr Piani was also at IQC at the time of the study.

Dr Piani said: “Quantum particles can be in a particular state known as `entangled’. Albert Einstein, with Boris Podolsky and Nathan Rosen, scrutinised quantum mechanics and, specifically, the entanglement of quantum particles. Faced with the perspective of the steering effect, they argued that quantum mechanics was still an incomplete theory, since it predicted what Einstein considered a ‘spooky action at a distance’ – indeed, two particles can be at opposite ends of a galaxy and still be entangled.

“We now know that steering is a crucial and real quantum effect; however, knowledge about what steering is actually useful for has remained limited. In our research, we related steering to the discrimination of physical processes, which seeks to answer questions about what happens in time to physical systems of interest, like microscopic particles. We were able to prove that the steering effect is the key to providing a specific advantage in this type of task.

“Our results, including the tools we introduced to quantify steering, could be applied to fields such as quantum cryptography, where secret keys are created between two parties so they can submit and encrypt messages to communicate privately – as it happens, for example, in online banking. Our results could also be useful in quantum metrology and in other areas of quantum information processing.”

Dr Watrous said: "Steering is an interesting phenomenon in quantum physics. Our work ties this concept in a new way to a specific information-theoretic task in which it functions as an essential resource. It is a hypothetical task that you won't find on your to-do list, but it is both natural and intuitive, and the connection offers a new insight into the nature of steering."

The research has been published in the journal Physical Review Letters (DOI: http://dx.doi.org/10.1103/PhysRevLett.114.060404) and was presented by Dr Piani at the 18th Conference on Quantum Information Processing, held in Sydney on 12-16 January. Their paper was one of around 40 accepted from more than 200 submissions.