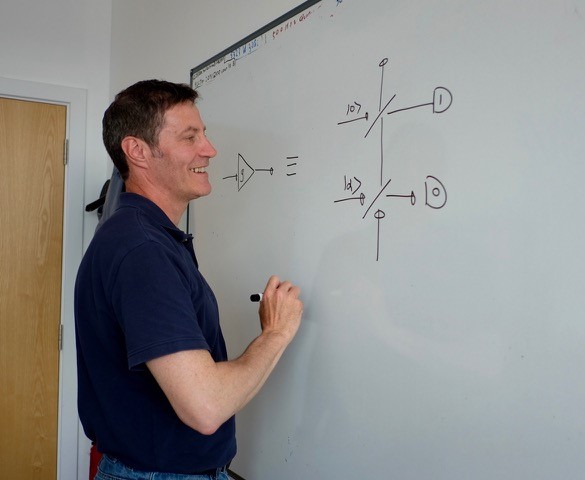 The Department congratulates John Jeffers on his promotion to Professor. John joined us in 1992 and became a permanent member of the Department in 2001. John's research work within the Computational Nonlinear and Quantum Optics group focuses on quantum information processes. His main achievements are in the theory of the quantisation of the electromagnetic field in dielectrics, the quantum theory of attenuators, splitters and amplifiers, retrodiction and, more recently, the quantum encoding of digital signatures. He is also a popular and enthusiastic lecturer. John’s work as Research Director was also pivotal in the Department's preparations for REF 2014.﻿ John is a key member of two EPSRC Hubs in Quantum Technology, a keen cyclist and is well known for his dubious taste in short trousers.