Programmable Quantum Simulation promises breakthroughs in Materials Science and beyond

Cutting edge research by Strathclyde physicists has been highlighted by the European Commission in the EU Research & Innovation publication, Horizon. As part of the Programmable Atomic Large-Scale Quantum Simulation (PASQuanS) project, Prof Andrew Daley leads the Strathclyde effort to develop next generation Quantum Simulation platforms. These will address  applications such as fundamental science, materials development, quantum chemistry and real-world problems of high importance in industry. Major companies such as Airbus, Total, Bosch, Electricité de France (EDF) and Siemens have already expressed interest and researchers from the companies are working with the project in an attempt to find potential applications that are relevant for their operations.

PASQuanS builds on the impressive achievements of the most advanced Quantum Simulation platforms to date, based on atoms and ions, for which systems of several hundreds of qubits have been realised. By scaling up these platforms towards more than 1000 atoms or ions and by making these simulators fully programmable, PASQuanS will push these platforms far beyond both the state-of-the-art and the reach of classical computation.

‘The analogy I really like is that analogue quantum simulators are a bit like a wind tunnel,’ said Professor Andrew Daley. ‘A couple of decades ago it was impossible to simulate air flow on a computer so instead you would build a scale model and put it in a wind tunnel. But with analogue quantum simulation, the scaling goes the other way – rather than making a smaller version, you are making a bigger one. This makes it more controllable and so it is easier to learn the details of how something might work.'

Prof Daley is the theory coordinator on the leadership team of PASQuanS, and his team at Strathclyde are playing an important role in benchmarking quantum simulators, and connecting them to applications across a broad range of fields.

PASQuanS is one of the inaugural projects of the EUR 1B EU Quantum Flagship that will consolidate and expand European scientific leadership and excellence in this research area, to kick-start a competitive European industry in Quantum Technologies and to make Europe a dynamic and attractive region for innovative research, business and investments in this field. 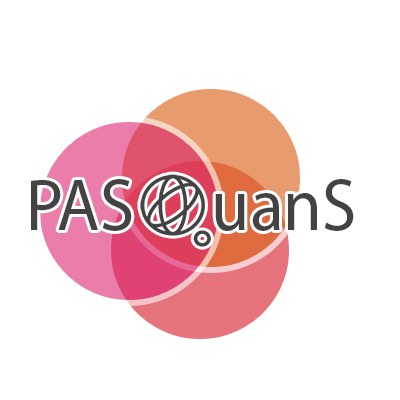