A single photon absorbed in two places at once?

Photons are indivisible excitations of the electromagnetic field that can be absorbed by systems forming part of larger 'classical' devices. This absorption process is the basis of standard photodetection - a means by which the photon’s quantum fuzziness is converted into classical information about its properties and whereabouts, but in which the photon is lost from the electromagnetic field. Hence absorption of light by a macroscopic lossy object has become associated with this classicalization. 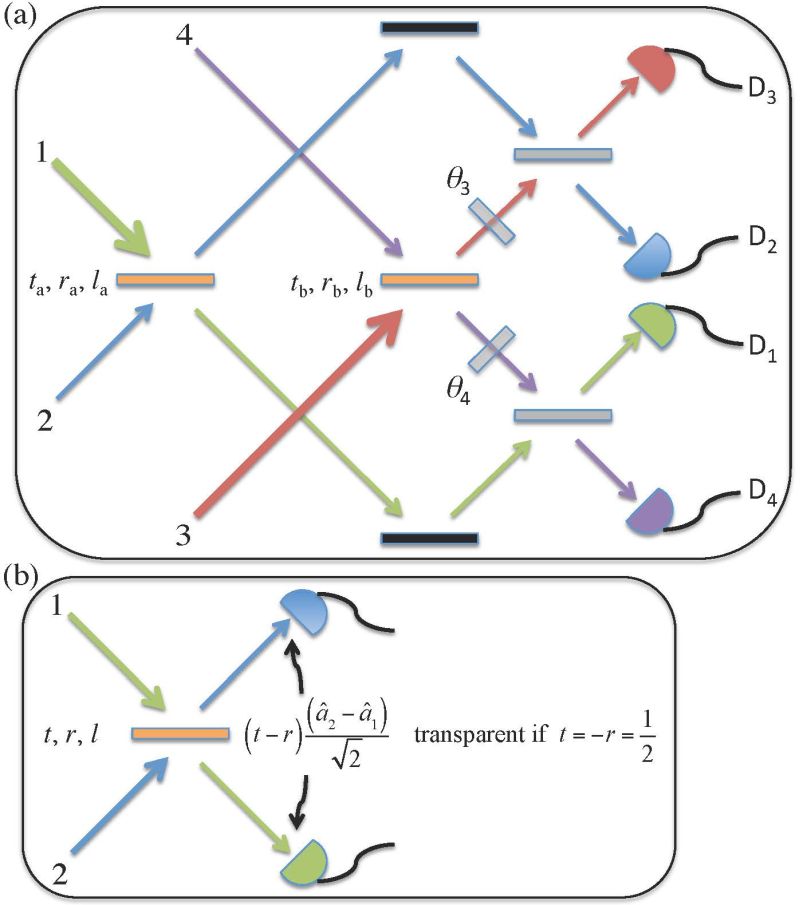 Coherent absorption is a form of optical loss that can be controlled: a device with 50% absorption (on average half of the photons that fall on it are lost) can be rendered opaque or transparent depending on the relative phase of two input beams. In a recent paper in Physical Review Letters (Phys. Rev. Lett. 123, 143602 (2019)) John Jeffers shows how two separate beam splitters, each with 50% loss, can display joint coherent absorption when neither does it individually. The most striking consequence is seen at the quantum level where, for a two-photon input, exactly one indivisible photon is absorbed by two spatially separated, macroscopic, 50% lossy devices, but without any classical localization.