Scattering of Light with Angular Momentum from an Array of Particles

One of the fundamental properties of light is that it carries angular momentum or, in simple terms, light rotates as it propagates. This rotation is very small, but it can be detected and transferred to small particles or used to encode information. From this point of view, the infinite values of the angular momentum that light can carry correspond to an infinite alphabet: ideal for secure, high-bandwidth communications. For these communications to happen, however, it is crucial to understand the effect of the medium on light propagation, as it is well-known that optical signals are degraded by propagation through scattering media. From the point of view of analysing a medium, instead, scattered light could be invaluable if we can connect its properties to features of the scattering media.

In a recent Physical Review Research paper we show how angular momentum of the scattered light encodes information that can be used to analyse the medium. Using beams carrying orbital angular momentum we develop a theory allowing us to detect the presence of symmetric or chiral subsets of particles in disordered media. We also find the signal-to-noise ratio of these beams ideal for high-bandwidth communications. This is a fundamentally new method to extract information on the spatial distribution and electromagnetic response of scattering media that can be performed maintaining detectors and light sources in the same positions, a unique feature that can be extremely useful in many applications.

This opens new avenues for the investigation of scattering media both in natural environments and in laboratory situations. 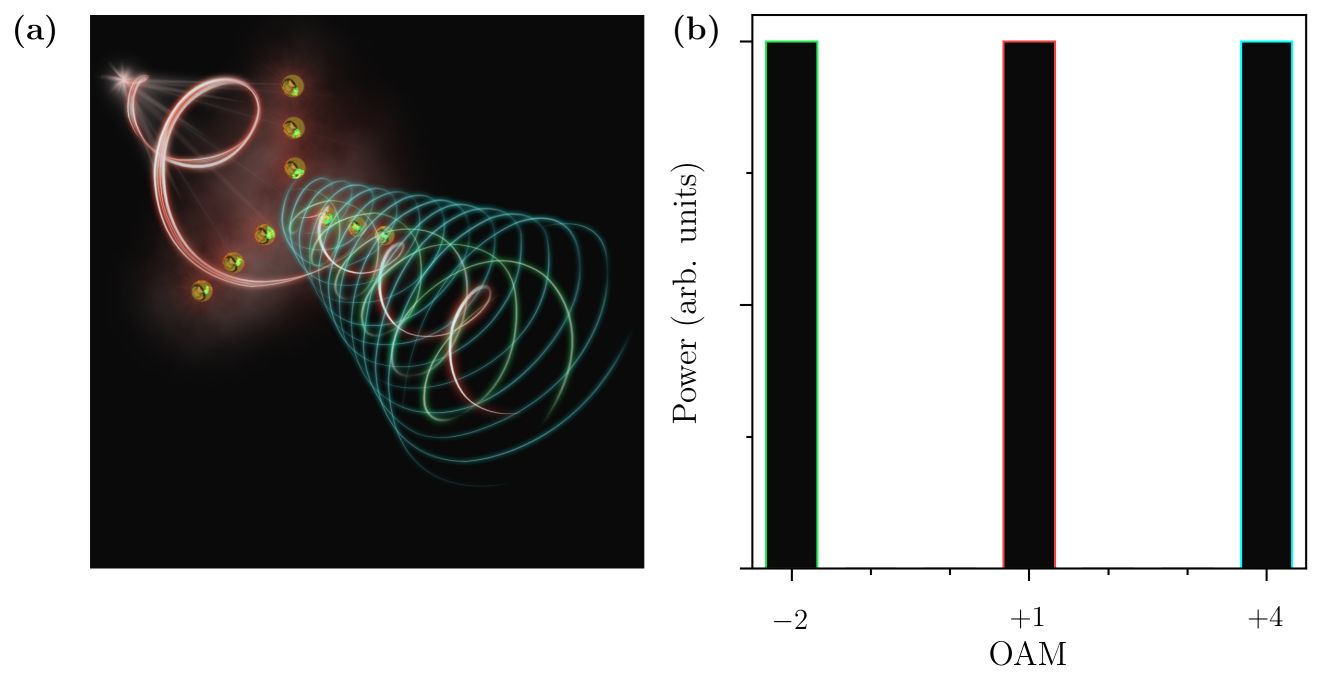