A collaboration of researchers in New Zealand and the European Union has observed for the first time domain walls separating two regions of light with orthogonal polarizations in a fibre ring resonator. The blue and orange lines in the figure are the light powers in one and the other polarisation when two domain walls are formed and move towards each other (from bottom to top). The black line is the total power. Gian-Luca Oppo of the Department of Physics, a member of the NZ-EU collaboration, explains that domain walls have been originally introduced in solid state physics to describe interfaces between regions of different magnetisation. “It is fascinating that these structures can be made with laser light, controlled at ease and engineered to interact with each other,” says Gian-Luca. The experiment can hold more than twenty thousand domain walls that can be used as topological bits for data transmission in photonics and quantum technologies. 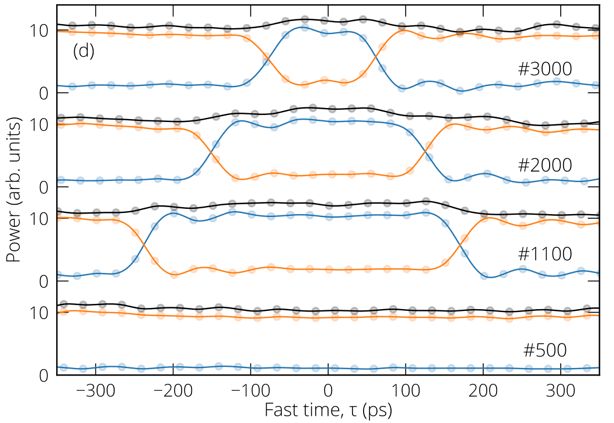 The research has been published in Physical Review Letters in January 2021: