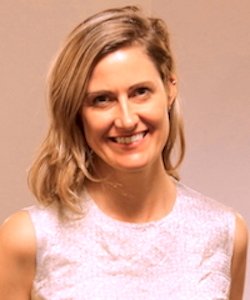 I am a feminist media, literary, and cultural studies scholar with a specialism in Italian middle-class women and gender from the 1870s to the 1920s. In 2021 I was elected Fellow of the Royal Historical Society and the Society of Antiquaries of Scotland.

I was educated at state schools in the East Midlands, and worked in Italy during a gap year before studying for a BA (Hons) in Italian with French Literatures and Languages at the University of Leeds. I then taught English in Finland, followed by several years in Arts Administration working for major opera companies in London, Sydney and Melbourne while studying for an MA by Research in nineteenth-century Italian opera and gender at Leeds. I was awarded my PhD in nineteenth-century Italian women writers from the University of Warwick, and before joining Strathclyde I was a Junior Research Fellow at Lucy Cavendish College, University of Cambridge.

Gender, Writing, Spectatorships: Evenings at the Theatre, Opera and Silent Screen in Late Nineteeth Century Italy and Beyond (London: Routledge, 2022)

I have held six prestigious Visiting Fellowships, including at the University of Oxford (Harris Manchester College (Michaelmas Term) 2022; St. Catherine's College (Hilary Term), and at Harris Manchester College (Trinity Term) 2019), Seton Hall University, New Jersey (2014), California State University, Long Beach (2014), and the University of Bologna (2014), and sit on the Editorial Board of Italian Studies and the Advisory Board of Gender/Sexuality/Italy. I was a member of the AHRC's Peer Review College from 2012-20, and in 2021 I was elected to the Society for Italian Studies Executive Committee. I regularly discuss gender equality issues on BBC Radio Scotland.

In 2018, I was the PI leading a Royal Society of Edinburgh-funded collaborative project with the Society of Antiquaries of Scotland on Scottish and European inter-cultural and transnational exchanges in the long nineteenth century, and in 2020 published a report as the director of the Scottish Network for Nineteenth-Century European Cultures under the Scottish Archaeological Research Framework housed at National Museums of Scotland.

At Strathclyde, I am Director of Postgraduate Research (History/Modern Languages) for the School of Humanities, a member of the University's Feminist Network and coordinator of the University's Society & Policy research theme sub-theme Communication, Language and Translation.

I welcome prospective MRes and PhD students in any aspect of modern Italian/European cultural history, media and literature, particularly in relation to women and gender and/or contemporary gender issues/celebrity culture.

I teach and supervise across undergraduate and postgraduate classes/projects in Italian, Gender Studies and Journalism, Media and Communication on gender issues in the media, celebrity culture, as well as translation.

I am the external examiner in Italian at Royal Holloway, University of London, and have externally examined MPhil theses (University of Glasgow, 2019; University of Birmingham, 2022). I recently co-supervised to completion (50%) an MRes dissertation on 'Denied and Disowned Motherhood in the Works of Annie Ernaux and Dacia Maraini'. I regularly supervise Masters dissertations for the MLitt in Media & Communications and the MSc in Applied Gender Studies.

I have taught classes internationally at California State University, Long Beach, and at Seton Hall University, New Jersey, during my time as a Visiting Fellow in 2014.

My interdisciplinary research on Italian middle-class women as protagonists, performers and spectators (of "women's opera, theatre and silent film" in the context of melodrama), draws on gender studies, women's studies, literary studies, opera studies, theatre studies, media studies, feminist film studies and cultural studies in late C19th and early C20th Italy and beyond (France, Britain and North America). I also have interests in contemporary celebrity culture and gender, as well as gender issues in the media.

I am currently working on the figure of Matilde Serao (1856-1927) as the first major female screenwriter and spectator of silent film in Italy. Drawing on material evidence in film and women's journals, as well as accounts of stars and evidence in life writings (diaries, letters, biographies and autobiographies) from 1915 to 1926, I am investigating her contribution and the ten screenplays she authored.

My first book, Italian Women Writers: Gender and Everyday Life in Fiction and Journalism, 1870-1910 (University of Toronto Press, 2014), adopted a new historicist approach to look at the domestic fiction and journalism of three of the most significant women writers of the period (La Marchesa Colombi; Neera; Matilde Serao). I showed how in spite of their anti-feminist public declarations, their work offered an implicit feminist intervention and a legitimate means of approaching and engaging with the burning social and political issues of the day regarding the "woman question". It won a Finalist place in the Edinburgh Gadda Prize 2019 (Vittorio Group).

RSE-funded Workshop Grant 2018 - £8,000
Mitchell, Katharine (Principal Investigator)
A collaboration between university-based scholars working in fields related to nineteenth-century European cultures and the Society of Antiquaries of Scotland, during 2018 I led a series of free academic workshops and one major public event that examined the inter-connections and exchanges between Scotland and Europe’s literary, performance, and scientific cultures in the past to ask how our understanding of these can better prepare the people of Scotland for a post-Brexit world.
29-Jan-2018 - 15-Jan-2018
Scotland and Europe: Politics, Culture and National Borders - A Public Event at the National Museum of Scotland
Mitchell, Katharine (Principal Investigator)
Together with the Director of the Society for Antiquaries of Scotland, I hosted an afternoon of talks and discussion on Scotland's relationships with Europe past and present. Distinguished guests included Professor Sir Tom Devine OBE FRSE HonMRIA FBA FSA Scot., who presented a lecture titled:
'How Highlandism Conquered Europe: From Sir Walter Scott to Brexit'. There followed a Roundtable with speakers including Anthony Salamone, Research Fellow and Strategic Advisor of the Scottish Centre on European Relations think tank, as well as representatives of the Centre for Nineteenth-Century Studies at Durham University, the Society of Dix-Neuviemistes and the RSE-funded project Establishing SNNEC. Some 70 members of the public were in attendance.
29-Jan-2018 - 12-Jan-2019
Establishing SNNEC: Scottish and European Exchanges Then (1780-1914), and Now
Mitchell, Katharine (Principal Investigator)
29-Jan-2018 - 28-Jan-2019
Women at the Theatre: Writers as Spectators in Post-Unification Italy (1861-1914)
Mitchell, Katharine (Principal Investigator)
01-Jan-2014 - 31-Jan-2014
‘Italian Divas at the fin de siècle: Roles, Receptions and Transnational Legacies’
Mitchell, Katharine (Principal Investigator)
The student will undertake a doctoral thesis on 'Italian Divas at the fin de siècle: Roles, Receptions and Transnational Legacies', in partnership with Scottish Opera. Focussing on the highly-acclaimed soprano singer Adelina Patti (1843-1919), who was renowned for her performances of Verdi's heroines, the student will work in conjunction with the Director of Outreach & Education at Scottish Opera during Verdi's bicentenary year (2013) and beyond, to commission performances of Patti's and other nineteenth-century Italian divas' most famous roles, which will be performed by young Scots singers enrolled on Scottish Opera's Emerging Artists Programme