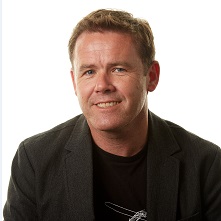 I have been an academic at Strathclyde University Law School since 1993, having previously studied at Strathclyde, Worcester College, Oxford and the European University Institute, Florence and after qualifying as a practising solicitor in Scotland.

My primary teaching and research interests are related to EU and UK competition law and international private law, and I also teach aspects of private law. In recent years my work has focused on the interface between competition law and private law with various projects related to developments in the private enforcement of competition law in the UK and EU. An AHRC-funded project in this area (see www.clcpecreu.co.uk) led to the 2014 publication of Competition Law Comparative Private Enforcement and Collective Redress Across the EU (Rodger (ed), Kluwer Law International), and more recently I have co-ordinated a project which resulted in the co-edited publication (with M Sousa Ferro and F Marcos) by OUP n December 2018 of The EU Antitrust Damages Directive, Transposition in the Member States. I am currently working on a range of projects related both to enforcement and substantive issues in EU and UK competition law.

Jurisdiction and Choice of Law in Civil and Commercial Matters

I graduated with an LLB (Hons) from Strathclyde University Law School in 1988, and subsequently was awarded a Bachelor of Civil Law (BCL) by Oxford University in 1990 and an LLM by the European University Institute, Florence, in 1994.

I was awarded the Diploma in Legal Practice (Dip.L.P.) by the University of Strathclyde in 1989 and qualified as a practising solicitor in 1992.

My primary teaching responsibility is in relation to EU and UK competition law. In my undergraduate elective class I utilise a range of media and enthusiasm to ensure that students understand the potential impact of competition law in relation to all aspects of their lives. Students are primarily assessed by an innovative piece of group-work in which they discuss a recent or ongoing competition law case in a context of their choice.

At honours and Masters level, seminars focusing on key aspects of EU and UK competition law substance and enforcement are more interactive and encourage student participation and discussion and engagement with ongoing policy debates and legal developments.

The international private law elective, a requirement for entry to the Faculty of Advocates, is taught together with Prof G Maher, University of Edinburgh, and makes students familiar with the key aspects and rules of Scots IPL, increasingly being developed and reformed by EU law.

My primary research interest is in relation to EU and UK competition law. I have published widely on aspects of substantive and enforecement of competition law and in more recent years I have focused primarily on aspects of private enforcement competition law, exemplified by an AHRC funded project (see www.clcpecreu.co.uk) which led to the publication in 2014 of Competition Law Comparative Private Enforcement and Collectve Redress Across the EU (Rodger, (ed), Kluwer Law International). Recent, ongoing and future research work involves: the development of collective redress in the UK; competition litigation settlement practice in the UK; the development of competition law in an 'independent' Scotland; a reflection on abuse of dominance practice in UK competition law; a project in relation to EU law rights consciousness in Scotland and the Scottish courts in particular; and  more recently I have co-ordinated a project which resulted in the co-edited publication (with M Sousa Ferro and F Marcos) by OUP n December 2018 of The EU Antitrust Damages Directive, Transposition in the Member States.

I also undertake research projects in relation to international private law, and a key publication was Civil Jurisdiction in the Scottish Courts (Maher and Rodger, W Green, 2010). Ongoing work with Prof G Maher, University of Edinburgh concerns the relationship between rules of jurisdiction and choice of law and the approach to States, countries and legal systems under rules of international private law.

Competition Litigation Across the EU 1999-2009: A Comparative Analysis (Resubmission)
Rodger, Barry (Principal Investigator)
This project concerns the application of competition law in the national courts of the EU Member States. Competition law seeks to regulate the market behaviour of businesses, for instance by prohibiting the abuse of monopoly power and the creation of cartels. A typical price-fixing cartel involves collusion between would-be competitors who agree to fix prices at levels above the competitive price, making excessive profits at the expense of consumers and society generally. EU and UK competition law have traditionally been enforced virtually exclusively by an administrative body, for instance by the imposition of considerable fines. These fines do not compensate directly any of the victims of the competition law infringements. The historical primacy of administrative enforcement in Europe is in stark contrast with US competition law ('antitrust law') where private enforcement constitutes the vast majority of antitrust enforcement. The availability of a well-developed system of class actions has ensured that private enforcement is extremely effective and can result in end-consumers being compensated for their losses. The US system emphasises the importance of consumer rights, an aspect which appears to be lacking in the EU. A Commission White Paper published in April 2008 made a number of interesting proposals to facilitate and harmonise competition litigation across the Community. Reform of the UK system was also proposed by the OFT in its 2007 Recommendations, not as yet implemented. Both sets of proposals in particular consider ways of facilitating consumer redress.There has been to date no comprehensive or systematic study of the case-law in which competition law issues have arisen in private litigation across the Member State legal systems, and this project will fill this lacuna. The project will be collaborative, with rapporteurs for each EU Member State and expert economic and comparative legal input. Each rapporteur will identify and provide details of all competition law cases before Member State courts over a period of ten years, in order to provide a comprehensive analysis of all competition law-related private litigation across the EU. This will allow for a clearer and fuller understanding of the obstacles to effective private enforcement, particularly in relation to consumers, and encourage learning and sharing of best practice. A recent cut-off point is necessary, and as Regulation 1/2003 came into force on 1 May 2004, and sought to enhance the role of the national courts in EU competition law enforcement, the intention is to consider all cases within the five year period either side of this date, i.e. 1 May 1999-30 April 2009. An economic overview of differences in procedural rules from an incentives perspective and a comparative review of differences in legal systems, litigation behaviour and other independent variables in a number of States will help us understand the legal context in which private enforcement exists, how it has been constrained and may be facilitated.This is a vitally important period for this research to be undertaken and disseminated, as private enforcement is viewed by competition authorities and practitioners as a key element of a more competitive UK and European economy. The proposed research will inform ongoing policy debates at the EU and UK following the Commission White Paper and OFT recommendations, which suggested ways of facilitating private competition litigation and access to justice for consumers. The research will thus be of value to academics, practitioners, the judiciary, consumer organisations, business, policy makers and public enforcement agencies. DG Competition of the European Commission and the UK Office of Fair Trading have indicated their strong support for the proposed research, and it will allow the OFT to learn from developments in other Member States to enhance access to justice, the competition litigation system, and indirectly competitiveness, in the UK.
01-Jan-2012 - 31-Jan-2014
Landmark Competition Law Cases
Rodger, Barry (Principal Investigator)
A team of rapporteurs from 15 different competition law systems: USA, Canada, Brazil, New Zealand, Australia, Japan, South Africa, Germany, Spain, Italy, the Netherlands, Hungary, EU and UK will each provide a detailed analysis of the landmark competition law case in that legal system. The resulting book wil be published by Kluwer Law International in 2012.
01-Jan-2011
Why Not Court?
Rodger, Barry (Principal Investigator)
A project to ascertain motivations and rationale for the limited take-up of follow on private enforcement actions for damages, following OFT competition law public enforcement action in the period 2005-2009. A questionnaire-based study.
22-Jan-2010
International Antitrust Litigation: Conflict of Laws and Coordination edited by Jürgen Basedow, Stéphanie Francq and Laurence Idot
Rodger, Barry (Research Co-investigator)
A project funded by the European Commission. I was asked to present a paper and subsequent book chapter on the relationship between the allocation of jurisdiction within the ECN and private international rules of civil jurisdiction.
01-Jan-2009
Competition Law Litigation across the EU: A comprehensive study of all cases 1999-2009
Rodger, Barry (Principal Investigator)
05-Jan-2009 - 31-Jan-2010