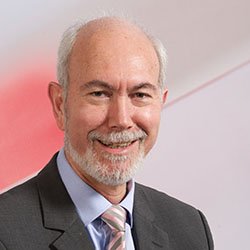 I am Professor of Maritime Safety in the Department of Naval Architecture, Ocean and Marine Engineering at the University of Strathclyde in Glasgow, UK – one of the largest and most research-active departments in the marine sector worldwide. I am also the Director of the Maritime Safety Research Centre, an industry-academia inter-disciplinary partnership at Strathclyde University, the only one in the world of its kind. My motto is “safety enhancement through innovation”, pursued over a 40-year career in industry and academia, promoting the use of scientific approaches in maritime safety and risk, including environmental risk.  I am Chairman of the Design for Safety” Conference, a subject topic I have introduced to the maritime industry in 1995 and spearheaded its development and implementation since then with some 100 large-scale R&D projects. I am also the founder and served as Chair in a series of maritime safety initiatives that helped shape maritime safety research in academia and catalyse implementation in industry (through Safety at Sea Ltd, a Safety Engineering consulting company I have established and served as Chairman from 1997 to 2011), the full impact of which is still being delivered. For life-long contribution to Maritime Safety I have received a Sustainable Achievement Award from the Royal Academy of Engineering in 2011 (the only Naval Architect ever to receive this), the Froude Medal from the Royal Institution of Naval Architects in 2012 and the David Taylor Medal from the Society of Naval Architects and Marine Engineers in the USA in 2016 (only 1 in 4 to have ever received both medals). In 2015, I was awarded a DSc from the University of Strathclyde for work on “Design for Safety, Risk-Based Design. Life-Cycle Risk Management), only the second Naval Architect to have ever received a higher doctorate in the UK.

2016                   Doctor of Science Degree by the University of Strathclyde for works on “Design for Safety, Risk-Based Design, Life-Cycle Risk Management”

Significant contribution to international legislation through collaborative research to provide the requisite technical input to instigate and support new developments; including: