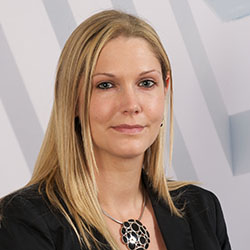 I am a Fellow of the Higher Education Academy (FHEA).

I welcome postgraduate applications in any of these areas

I currently supervise the following students and projects:

- Hanane Benchama – PhD: Examination between Victimhood and Resistance: Algerian Women in the Literature and Film of The Black Decade

- Emma Flynn - PhD: Comparative analysis of the representation of sexual violence and primarily, its relationship to survival and death in French and English women's literature

I am the class co-ordinator for the Honours Written and Spoken Language classes (R1509 & R1510), for the option 'Writing the Body in Contemporary French and Francophone Literature' (R1411) and for the French Dissertation (R1498).

I currently teach the following Language and Cultural classes at undergraduate level:

R1411 Writing the Body in Contemporary French and Francophone Literature

I supervise undergraduate dissertations on a variety of topics linked to my research and teaching interests.

I have been nominated for Strathclyde Teaching Excellence Awards every year since 2011; I was shortlisted for the 'Most Supportive Teacher' Award in 2017 and for 'Best in HaSS', 'Most Innovative' and 'Best Overall Teacher' Awards in 2018.

My main research interest is in the field of Belgian and Francophone literature and culture with a particular focus on contemporary women’s writing. I am also interested in issues surrounding cultural identities in Francophone countries and currently works on contemporary Francophone illness narratives in relation to trauma and gender.

I have recently been looking into the lives of Belgian refugees in the West of Scotland during World War 1 and, in particular, into women’s health during their time in exile from Belgium. Throughout 2017 and 2018, in collaboration with Dr Jacqueline Jenkinson (University of Stirling), I co-organised a series of workshops and events arising from a Royal Society of Edinburgh collaborative workshops award on the subject: Uncovering civilian war trauma among female Belgian refugees in Scotland during the First World War. More on the project and the series of events can be found at https://stirlingcentrescottishstudies.wordpress.com.

In March 2016, at the University of Strathclyde, I co-organised an international conference entitled Trauma and Gender in 20th Century European Literature, which was funded by the Wellcome Trust.

I am a member of The Centre for the Social History of Health and Healthcare (CSHHH) research groups at the University of Strathclyde, and I am also an Honorary Fellow in the School of Literatures, Languages and Cultures at the University of Edinburgh where I contribute to the activities of the Centre de Recherches Francophones Belges. I am a member of the Association Européenne d’Etudes Francophones and of the Women in French in Scotland and Women in French networks.

Belgitude and Feminism: Intersection and Impact.
Verdier, Caroline (Principal Investigator)
This project focuses on the link between four Belgian women writers and the Belgitude movement. This movement of Belgitude meant to claim and stress the differences and specificities of Belgian culture, art and literature. It was primarily led by male writers (Pierre Mertens (1939- ), Marc Quaghebeur (1947- ) to name but a few) but interestingly, the female writers involved in exploring the meaning of Belgitude (Françoise Lalande (1941- ), Françoise Collin (1928-2012), Michèle Fabien (1945-1999), Nicole Malinconi (1946- )) were also either involved in the Belgian Feminist Movement or exploring feminist issues in their writings. This project seeks to explore why and how these women writers took part in both these movements in their own way – finding their own voices and paths - and the impact that this participation had in turn on their literary production.
06-Jan-2020 - 31-Jan-2022
Uncovering civilian war trauma among female Belgian refugees in Scotland during the First World War
Verdier, Caroline (Co-investigator) Jenkinson, Jacqueline (Principal Investigator)
This series of workshops and events arises from a Royal Society of Edinburgh collaborative workshops award of £8,261.
This project intends to stimulate research on the timely subject of civilian war trauma via a case study of female Belgian refugees in Scotland 1914-18. ‘Shell shock’ during that conflict is overwhelmingly associated with male frontline soldiers. Few academic studies consider the impact of warfare on female well-being (Poynter, 2008, McEwen, 2006) particularly on the health of female civilians (Grayzel, 2014). Among Scotland’s c. 20,000 wartime Belgian refugees were dozens who applied for poor law assistance, a preliminary analysis of these by the PI indicated 40% of female and 25% of male Belgian refugee applicants were diagnosed as suffering ‘insanity’, yet they presented with symptoms of trauma. Project outcomes will be a co-authored article, and outlining plans for a digital research resource of Belgian refugee medical case histories combining a diffuse range of primary sources.
01-Jan-2017 - 31-Jan-2018
Trauma and Gender in 20th Century European Literature
Caballero Rodriguez, Beatriz (Principal Investigator) Verdier, Caroline (Co-investigator)
01-Jan-2015 - 31-Jan-2016
Trauma and Gender in 20th Century European Literature
Caballero Rodriguez, Beatriz (Academic) Verdier, Caroline (Academic)
01-Jan-2013 - 01-Jan-2016