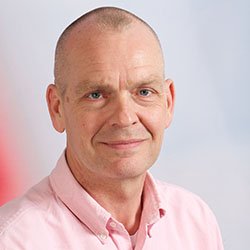 I am an international trade theorist, with a particular interest in trade policy and international factor movements. I have written on the welfare implications of preferential trade agreement and customs unions; the impact of international migration policies on workers; the interaction between trade and environmental policies; and the role of taxes in influencing the location of industrial activity. These interests are reflected in my teaching, where I offer classes in international trade theory, policy, and the institutions that both promote and regulate trade amongst nations.

He has been a Research Fellow of the Centre for Economic Policy Research since 1994 and a Fellow of the CESifo Research Network, University of Munich since 2006. In 2011 he was appointed as a Visiting Professor in Microeconomics at Loughborough University.

Together with Professor Joe Francois of Erasmus University, he established the European Trade Study Group, now the major annual international trade conference in the world. He is a former Associate Editor of the Journal of International Economics and has acted as consultant to national and international agencies including the World Bank, the European Commission, and HM Treasury.

He is an established authority in international economics and has published widely in the area. His research interests and publications are primarily in international trade theory and policy, including economic geography, discriminatory trading agreements and customs unions, trade and the environment, international and intersectoral factor mobility, and foreign direct investment and multinational enterprises.