Keith Bell, Holder of the Scottish Power Chair in Future Power Systems at the University of Strathclyde and a co-Director of the UK Energy Research Centre

Conversations on energy transition tend to focus on renewable generation or the end-user. However, too often, the complex systems that are required to connect the two are neglected. Relying on ‘the market’ to develop solutions risks being too slow and inequitable. Governments need to get their heads round the radical changes that must be made to create resilient, sustainable energy networks – it is down to governments to drive the energy transition forward.

For millennia, societies across the world have made use of energy for cooking, heating, light and manufacturing of materials, usually from burning of wood. However, since the Industrial Revolution opened up the possibility of using fossil fuels to mechanise all sorts of processes, including mobility and the generation of electricity, economic growth has been inextricably linked with carbon emissions. These were first postulated as causing global warming many decades ago, something that we now know with extremely high confidence to be true.

Working Group II of the Intergovernmental Panel on Climate Change noted in its August 2021 report that “Human-induced climate change, including more frequent and intense extreme events, has caused widespread adverse impacts and related losses and damages to nature and people, beyond natural climate variability.” The race is on to limit those impacts by limiting global temperature rise. According to Climate Watch, 76% of global greenhouse gas (GHG) emissions in 2018 arose from the production and use of energy. It is therefore clear that economies across the world need to wean themselves off sources of energy that emit carbon dioxide and cause leakage of methane, a GHG many times more powerful than carbon dioxide. According to the International Energy Agency (IEA), coal, natural gas and oil met 80% of global energy demand in 2019. Can that dependency be reduced, and how can the benefits of energy – mobility, light, cooking, heating, cooling, communication, computing, entertainment, and manufacturing – be harnessed, at the same time reducing pollution in cities, workplaces and homes?

Energy systems are all about the ways in which energy is converted, from different sources and into different applications. Economies of scale and pooling of diverse resources can be achieved by using a common, intermediate form of energy to move it from one place to another. The most flexible existing form is electricity. We can do pretty much anything we want with it and can generate it from multiple low-carbon sources: wind, solar, and hydro power, plus sources of heat in thermal power stations that use steam to turn turbines, such as nuclear fission or burning of biomass. Although fuels such as hydrogen or ammonia manufactured in low-carbon processes, or district heating networks using hot water, are likely to have at least some role as energy carriers, most energy system analysts see electricity as serving the vast majority of future needs.

The scale of the challenge in decarbonising the energy system can be reduced if we can make our use of energy much more efficient. The good news is that heating (using heat pumps to move energy from a cooler place to a warmer place, much as your fridge does) and transport (using electric motors) are much more efficient with electricity than with fossil fuels. The bad news is that the equipment is expensive and, of course, you need cost-effective, low-carbon sources of electricity.

Thanks to substantial innovation in recent years, in terms of the simple “levelised cost of energy” (LCOE), wind and solar power are now by far the cheapest new sources of electricity. However, LCOE does not tell the whole story of satisfying demand for electrical energy all year round: demand varies minute by minute, day by day, and through the seasons, and it’s not windy and sunny all the time. An electricity system needs generation and demand to be balanced at all times, second by second. System operators have learned how to do that, carefully planning the starting and stopping of generation to match the forecast variations of demand, making use of reservoirs to store water for hydro power stations (if you’re lucky enough to have a landscape that permits it), or stores of coal or gas to feed into thermal power stations. Clearly, the latter option is incompatible with a net-zero energy system, unless the carbon emissions are captured and stored.

You might build large amounts of wind and solar capacity to make lots of electrical energy when the wind is blowing and the sun is shining, but there will be periods when there are large surpluses of power relative to what end users want at that time. Can energy be stored in some way until the times when there’s a deficit of wind and solar production relative to demand? That’s possible. For example, we could use batteries, water pumped up a hill and stored there, or hydrogen made via electrolysers using electricity to split water with the hydrogen then stored in geological formations until it’s used to generate electricity. Unfortunately, there is a high capital cost for plant and there is always some energy lost in the “to and fro” conversion processes.

A further option is to export your surplus to a neighbour, something that depends on them having a use for it at that time and on building enough interconnector capacity. If you’ve got good wind or solar resources and they’ve got good reservoir capacity for hydropower, that can be a mutually beneficial arrangement: they save water when it’s windy and you can use their spare hydropower when it’s not. 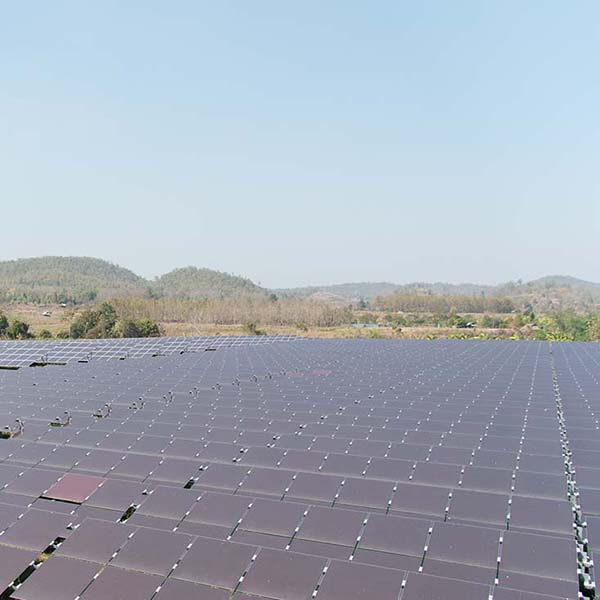 The technologies for conversion of wind and solar power into electricity are very different from those in thermal power stations. This brings significant engineering challenges. However, there are also major social challenges around the transition.

Many local economies around the world have grown to be dependent on coal, an industry that worldwide employs thousands of people extracting a product that, to limit global warming, no one should want. While reduced dependency on imports of fossil fuels can lessen vulnerability to the kinds of global geopolitical shocks currently affecting energy markets, economies dependent on revenues from exports of those products need to find other sources of income. There is also a challenge around access to other commodities such as lithium and cobalt for batteries and rare earth metals used in electrical machines, and the environmental impacts of their extraction. These issues are motivating research into effective alternatives.

From a power system perspective, hydropower is a fantastically flexible low-carbon resource, but reservoir developments have a huge impact on natural capital and displaced communities. Access to different resources both within and between countries depends on development of high-voltage electricity networks. This and construction of large wind farms have prompted vocal opposition from local people.

According to the IEA, across all developing countries, 20% of people lack access to electricity of any form, a proportion rising to 50% in sub-Saharan Africa. Small scale, local “microgrids” using solar power can bring many benefits, but who is going to pay for them? Network reinforcement is also needed to enable charging of electric vehicles (EVs), conversion to electric heating, or growth of demand for air conditioning. Early adopters of those technologies are likely to be the wealthy but, normally, the costs of the network are spread among everyone. In addition, those able to afford solar photovoltaic panels on their own roofs would be able to reduce the fees they pay for the network. Would that be fair?

The question of who pays and who benefits is writ large across the transition to low-carbon production and use of energy. There has been a worldwide project since the early 1990s to mobilise private capital to renovate and expand electricity systems, with revenues for generators determined by forward trading of energy and spot markets designed to optimise the utilisation of resources based on marginal costs. Wind, solar and hydro resources have no fuel costs so, once they’ve been built and in the hours when they’re operating, the spot market would clear at very low prices, providing insufficient revenue to cover the cost of the initial investment.

This “missing money problem” hardly seems likely to attract the initial investment. Unless the same price signals encourage extra demand (battery charging or electrolysis, for example) that would help to lift the market price, some kind of government support for the development of low-carbon generation capacity would seem to be necessary. However, this is argued by some economists to undercut signals that would encourage the timing of use of electricity towards the sunny, windy periods of plenty and away from times of paucity of renewables, and to soften the sorts of price extremes that would allow developers of energy storage – who buy energy when the price is low and sell it when it’s high – to make a return.

It might instead be argued that reliance on market mechanisms leaves too much uncertainty, which would increase the cost of capital. Many commentators see a need for policymakers to overcome decades-old reluctance to “pick winners” and fear about the size of public debt following the 2008 financial crisis and the COVID pandemic, and both direct and financially underpin the energy transition. In principle, this would allow coordinated development of renewables, network capacity and large volumes of energy storage to serve demand during, say, a one-in-ten-year “wind drought,” and investment in skills and supply chains.

The strategic, engineering and economic issues and social challenges around the energy transition might be making politicians nervous but they ought not to be insurmountable. Renewed concerns about energy security and reliance on oil and gas imports could tip the balance towards energy efficiency and renewables – or, if you’ve got your own reserves of fossil fuels, towards them. For the sake of the climate and the people affected by it, policymakers need to tilt towards the former, to make a “graceful exit” from high-carbon industries, and to embrace the opportunities afforded by low carbon energy industries, cleaner air and access to electricity. And they need to do it soon. 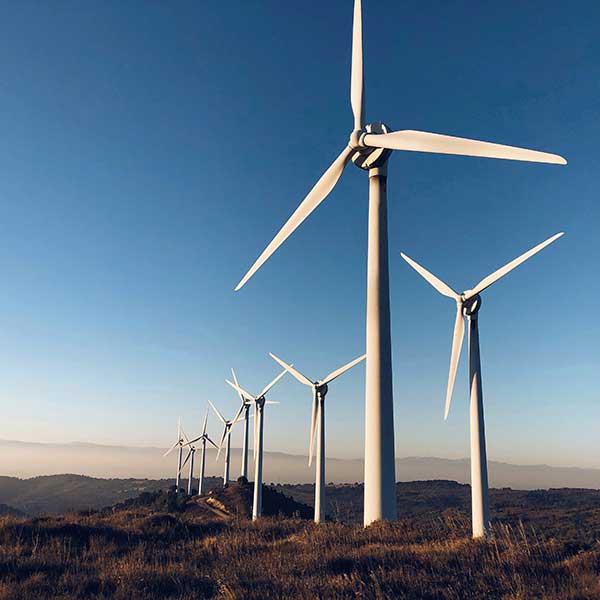 This article was first published in April 2022 by SDG Action, an initiative launched by the UN Sustainable Development Solutions Network (SDSN) to support the UN’s Decade of Action.