How did it all begin?

I was a student at Glasgow School of Art (GSA), entering in January 1957.

I studied Industrial Design and later became a member of staff. Originally I was in charge of Industrial/Product Design; but progressed to Head of the School of Design and Craft, and then Director, from which post I retired in October 1999 - a forty two year association.

During this time I practised as an industrial designer and also set-up a small firm producing litho prints of aircraft, ships etc. I did this with the late Alan Carlaw.

Can you talk us through your involvement in the development of the Product Design Engineering course?

When Head of Design at GSA, I established jointly with the University of Glasgow, The BEng/MEng degree courses in the mid 1980’s. This was intended to be a more creative, product oriented way of educating engineers.

At GSA it attracted a 50/50 female/male student cohort split with high academic entrance qualifications. I encouraged DMEM to take on board some of the ideas!

What was it like working as a Visiting Professor in DMEM?

Strathclyde did not have the strong studio based culture that GSA had and there were many more students, though I think that this has changed somewhat. There was/is a more formalised approach to teaching. In many ways they are complementary.

The DMEM students were excellent in the main and some exceptional.

The city of Glasgow is fortunate in having a rich variety of engineering education on offer, as given its history it should!

I found Strathclyde a good place in the care that it took with its students and its receptiveness to new ideas. The people were very welcoming to me.

I was even commissioned by the University to create a picture to celebrate the 10th anniversary of the Scottish Space School. The painting is on display in the Senior Officers area.

Why do you think design is an exciting industry to get into?

Designers of all sorts create our future - nothing can surely be more exciting or fulfilling to do!

Another of your talents is fine art, where does that passion originate from?

Drawing, from the life and otherwise, was by far the most important part of what art schools taught in my days and GSA regarded it as central to all it did.

In the general course, (the first two years of the four year Diploma course) you drew almost every day in one form or another and I have done so for almost all my life, from my earliest days and still do so. It is a joy and the means by which I communicate to myself and then to others and you only need a simple pencil and a bit of paper so you can do it anywhere. So, draw, draw, and keep on drawing!

Of course the digital age has opened up an amazing world and I use it, but ‘it all starts with a pencil’ as the man from one of the big international digital animation firms said recently.

I completed the below drawing in one of the weekly self-portraits we had to do in the GSA General Course around about 1958. 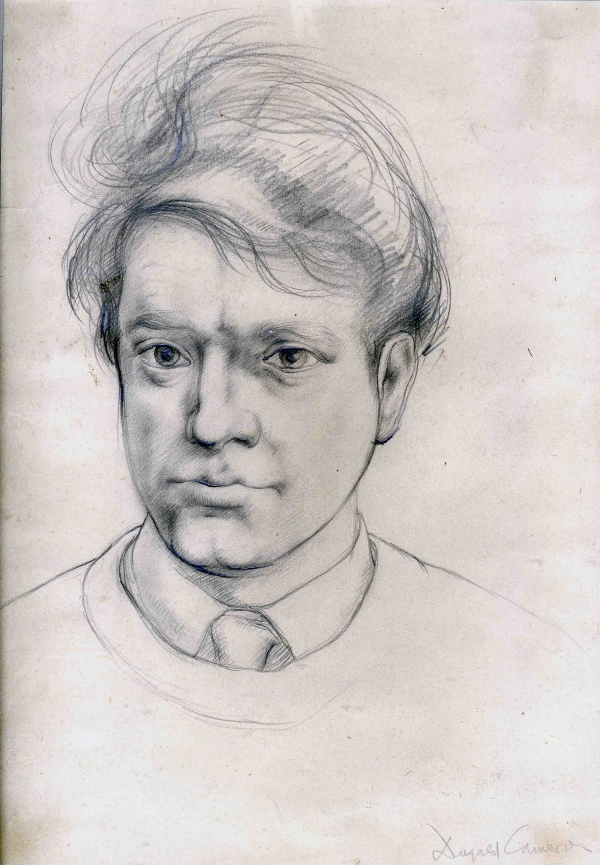 You created a picture for our Advanced Forming Research Centre, what was the inspiration behind it?

The Advanced Forming Research Centre (AFRC) is a very important resource for manufacturing- making things, that basic human need is our birthright and we need to regenerate our once proud industrial base and AFRC is central to that.

I have always had a great interest in aviation and fine art, so for a long time I have combined the two. The picture I did for the AFRC was commissioned by Boeing, depicted a visual history of aviation in Scotland. 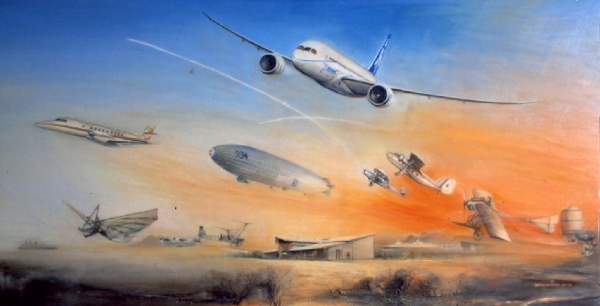 This is a picture of me with a Chipmunk at Prestwick airport, it was owned by a lecturer in aeronautics in the University of Glasgow and we were going to take it out together. 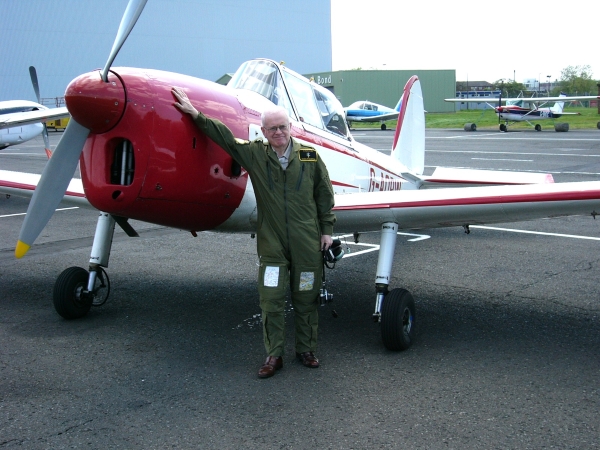 What would you say to someone considering studying in or working with DMEM?

Engineering is one of the great arts of humankind, possibly the greatest, for it combines the analysis of science and the creativity of art in the service of people. DMEM should exemplify this.

Excellence, Enthusiasm and Eccentricity are what combine to maintain and develop the civilised world - beware the conventional wisdom! They are the antidotes to that curse ‘managerialism’.

Professor Dugald Cameron will be coming back to DMEM soon for an Industrial Advisory Board Meeting – we’re lucky to have such well accomplished Board Members contributing towards shaping the future education of DMEM students.

He will also be exhibiting some of his work this October in the Glasgow School of Art, including his early sketches of the ultrasound machine, which he refers to as his ‘claim to fame’ that he rightfully can be very proud of! 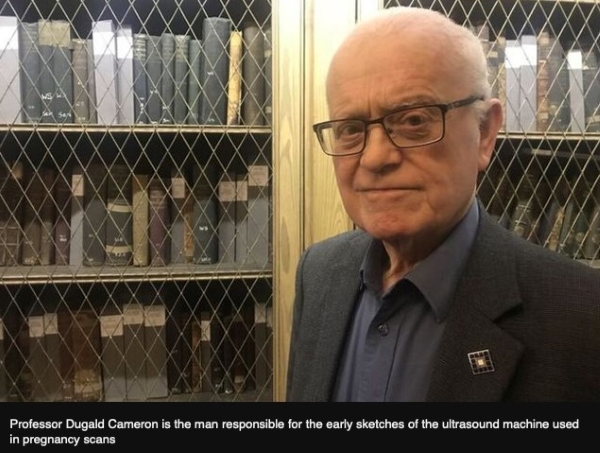 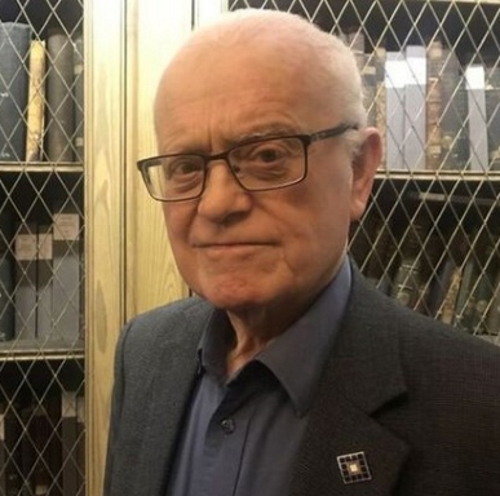