In February, the Law School marked the FIFTIETH  anniversary of the day on which Professor Peter Robson took up his post in the Law School.

Peter – or Pete, to colleagues and students alike – eventually settled into a role as a professor of social welfare law, but he has written and taught widely on matters such as landlord and tenant law (his book Residential Tenancies: Private & Social Renting in Scotland is now in its fourth edition), housing law and social security law, not to mention the law’s interaction with architecture (in his recent co-authored book Spaces of Justice: The Architecture of the Scottish Court (with Johnny Rodger)) and the portrayal of the law in film and popular culture.

Peter is pictured below with our Head of School, Claire McDiarmid. The event commemorating his 50 years took the form of a quiz, which reflected Peter’s status as a stalwart of the Law School’s annual Christmas quiz. When details of the event were shared on the @lawstrath Twitter account, some correspondents responded with incredulity that this time period could possibly reflect reality, but we can confirm that it does. 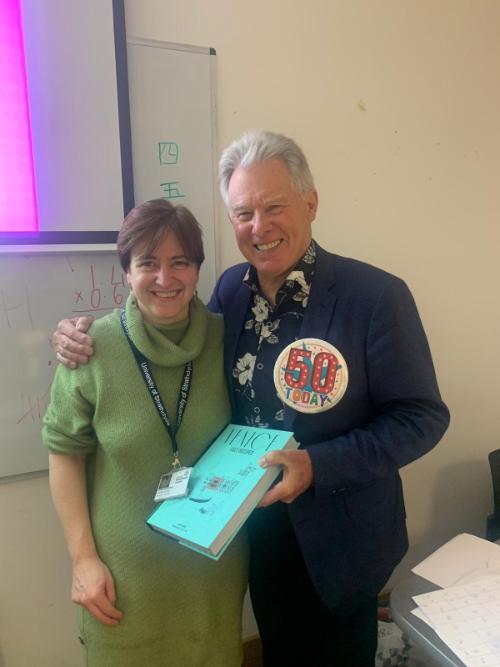 It might also be noted that Peter’s range goes far beyond the subjects mentioned above, a point that can be corroborated by our senior teaching fellow Aidan O’Donnell. Aidan recently discovered a pamphlet (published in 1983) with details of the staff who were teaching back then, all of which are long since departed from the Law School. The sole survivor was Peter, and the entry about his Jurisprudence class – from the perspective of his students – is extracted below. The reference to the usage of television is the first known hint of “Pete-babe’s” future specialisation in law, film and popular culture. Peter’s range also extended to the 5-a-side football pitch, and the lecturers’ team were always fiercely (but fairly) competitive in the Law School’s football competitions.

EXTRACT FROM “HOW TO BE THE IDEAL LAW STUDENT”

Lectured by Peter Robson, sartorial eloquence personified, the enormity of his mind and vocabulary will amaze you for 30 weeks.  But to stay relevant, I imagine that you are desperate to find out about Jurisprudence, as are the majority of those who took this subject last year.

Evidently, Dr. Robson’s style of lecturing is casual to the point of being all over the place.  Those who attended on a day to day basis, i.e. one day in October and one day in December were left clamouring for a clarification of the subject whereas a fuller picture of Jurisprudence is obtained by consulting the many throw away references given by Pete-babe over the course of the lectures. 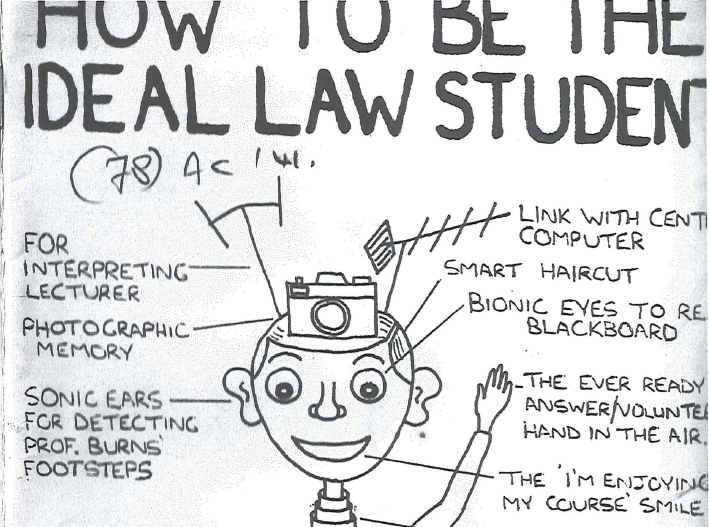