A team of researchers have made critical contributions to the reliability, stability and cost of electricity supply in the UK and Europe, through expert advice and changes to industry-wide technical codes and engineering standards.

This has enabled renewable energy to form an increasingly large part of the energy mix available to consumers, while ensuring safety and security of supply. 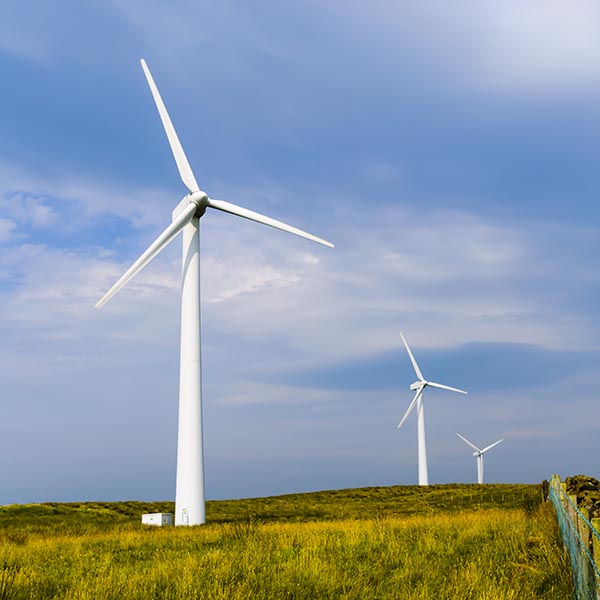 UK Government policy in recent years has driven a dramatic expansion in electricity generation from renewable sources in the UK. Wind and solar power have very different technical characteristics from thermal generation plants based on coal, gas or nuclear power, and are connected to the system in different places. They lead to very different dynamic behaviour of the power system dynamics and potential issues with reliable operation of power system protection.

Both engineering and regulatory solutions have been needed to ensure that the nation’s power system could accommodate a massive growth in use of renewables, and maintain a safe and stable system, while avoiding excessive costs that would be passed on to consumers.

Strathclyde research has informed both capital expenditure and long-term investment in the British transmission system, and policy on the way those costs are recovered. Changes to generation connection standards have been based on evidence developed through detailed analysis at Strathclyde and have lowered cost barriers and demonstrated that renewables can provide a flexible source of energy, replacing thermal generation to achieve low carbon targets.

Professor Keith Bell and Dr Adam Dyśko have led a team of researchers in the Engineering Faculty at the University since 2006 to carry out this critical work in projects in collaboration with National Grid, the networks businesses of Scottish Power and SSE, Ofgem and the renewables industry.

Key issues addressed include the effect of wind generation on transmission system flows and associated costs and the development of new planning methods.

The team, led by Professor Bell, undertook research into the complexities of spatial and temporal variability of wind, the development of a statistical model to analyse the variable wind energy outputs across Britain and how they may affect the need for network capacity.

Through a three-year collaborative project with National Grid, researchers at Strathclyde demonstrated that the GB power system would be unable to accommodate levels of renewable generation expected by 2030 without risking instability or reduction of renewable generators’ output, with subsequent payments to generators for curtailment and to fossil-fuelled generators for replacement of curtailed energy, adding up to potentially hundreds of millions of pounds per year.

Factors were identified that would significantly reduce unnecessary curtailment of renewable generation and associated costs, including a requirement for a proportion of converter connected sources of power to have ‘grid-forming’ control, such as a virtual synchronous machine.

At a wind farm in Scotland in 2019, a collaboration led by a renewables operator with a wind turbine manufacturer and Strathclyde conducted a world-first trial of a virtual synchronous machine or Grid Forming Converter (GFC) wind turbine control strategy. A subsequent further trial demonstrated that a wind farm can restore power in the event of a total or partial shutdown of the electricity transmission system, potentially removing reliance on coal and gas for this aspect of stability of supply.