Gerrymandering, the manipulation of electoral district boundaries for political ends, is not new in the US but research led by Professor Anthony McGann, head of the University of Strathclyde’s School of Government & Public Policy, found that it dramatically increased in the redistricting that followed the nation’s 2010 census.

This was the result of a little-noticed 2004 Supreme Court ruling, Vieth v Jubelirer, on a redrawing of district boundaries in Pennsylvania. The plaintiffs who brought the case claimed it breached the US Constitution’s ‘one person, one vote’ principle but the Supreme Court concluded that no appropriate solution could be found and it followed that courts could not intervene in such cases. 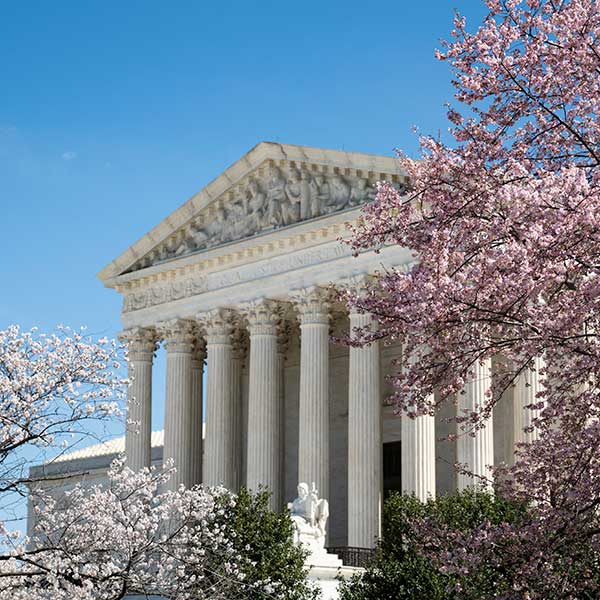 Virtually all previous research had suggested that gerrymandering in the 1990s and 2000s had only minor effects on election results nationwide. Professor McGann and his colleagues developed a measure of partisan gerrymandering and applied it to congressional districting plans in every state, before and after the 2010 redistricting.

They also considered the effects of ‘political geography,’ particularly the political contexts and institutions of different US states and the historical contexts of the civil rights period and the founding of the USA.

The research found that partisan advantage was not a consequence of ‘natural’ demographic factors, such as supporters of one party being concentrated in cities, or of measures to protect minority voters, but was the result of deliberate political choice, happening only in states where one party controlled the entire redistricting process.

The study provided a viable, legal standard for deciding partisan gerrymandering cases based on the principle of ‘partisan symmetry,’ which seeks to uphold the constitutional ideal that each individual’s vote be treated as equal. This entails a share of the vote translating to the same share of congressional seats, regardless of which party achieved that share.

The study went on to inform policy and legal proceedings at state, district and Supreme Court level. By proactively engaging with US-based NGOs (non-governmental organisations) and participating extensively in the public debate on partisan gerrymandering, the researchers also strengthened efforts to promote voting rights and enhanced public understanding of gerrymandering.

The research was cited in complaints in four out of the six states - North Carolina, Wisconsin, Pennsylvania and Maryland - where partisan gerrymandering

cases were heard. Between 2016 and July 2020, it was cited on more than 20 occasions in US Supreme Court cases to demonstrate the extent and political causes of the issue.

In one case alone, Gill v Whitford, the study received three citations, including one by Senators Sheldon Whitehouse and John McCain, the late 2008 Presidential candidate, who submitted a ‘friend of the court’ briefing in support of the plaintiffs.

While the US Supreme Court did not overturn partisan gerrymandering, various state courts did and the Supreme Court respected their jurisdiction. The research was cited in four of these cases, including one in which the Supreme Court of Pennsylvania ruled that the districts in the state were unconstitutional under state law and ordered them to be redrawn. Indeed, the current Democrat majority in the House of Representatives would not exist if it were not for State Supreme Courts overturning certain gerrymanders.

The research has been highly praised for its accessibility and has been referred to in US media, included a 2017 NBC news article which stated that it was adding “to the growing list of standards being developed by researchers that could be used to prove in the courts what districts are being unfairly manipulated.” It was also cited in The New York Times as evidence that the remedies for gerrymandering can be effective.