Between 5 to 10 November SCELG Co-Director Francesco Sindico was in Hawai’i undertaking a wide range of different activities related to a number of SCELG’s projects and activities.

His week started with a visit with Punahou School where he met with Chai Reddy, Director of the Wo International Centre at Punahou School, and Robyn Vierra, Associate Director of the of the Wo International Centre. During his meeting and visit to the school, Francesco discussed the ongoing collaboration between SCELG and Punahou in the context of the Island Explorers project. The latter is currently entering its second year and aims to introduce primary school pupils to sustainability using islands a geographical context. The project was very successful in its first year and wishes to enter into a new phase with enhanced and improved interaction between schools and pupils in Scotland and partner schools and pupils overseas (including Punahou). 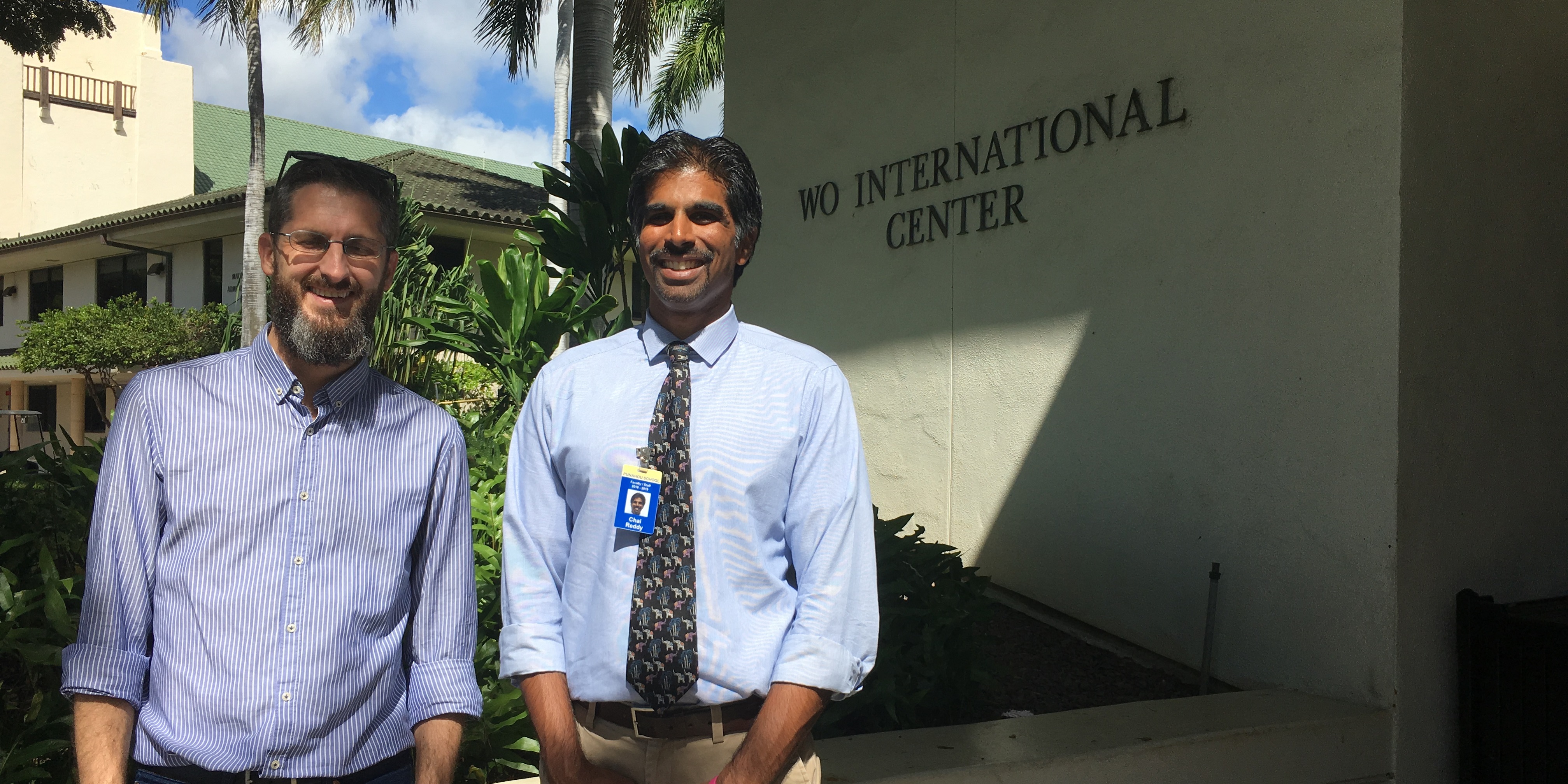 On Wednesday 7 November, Francesco took the short flight from Honolulu to Molokai, a small island known for its population being mostly Hawaiian (62% of the local population). On Molokai SCELG met with Harmonee Williams from Sustainable Molokai and learnt about the exciting work that civil society is carrying out on the island. Francesco also had the unique opportunity to meet and learn from one of the leadings activist on the archipelago, Walter Ritte. Walter and Harmonee presented to SCELG the unique background to Molokai as an island that wishes to resist development models that do not always align with its historical and cultural background. A short blog post provides you with an account of the short visit to Molokai. 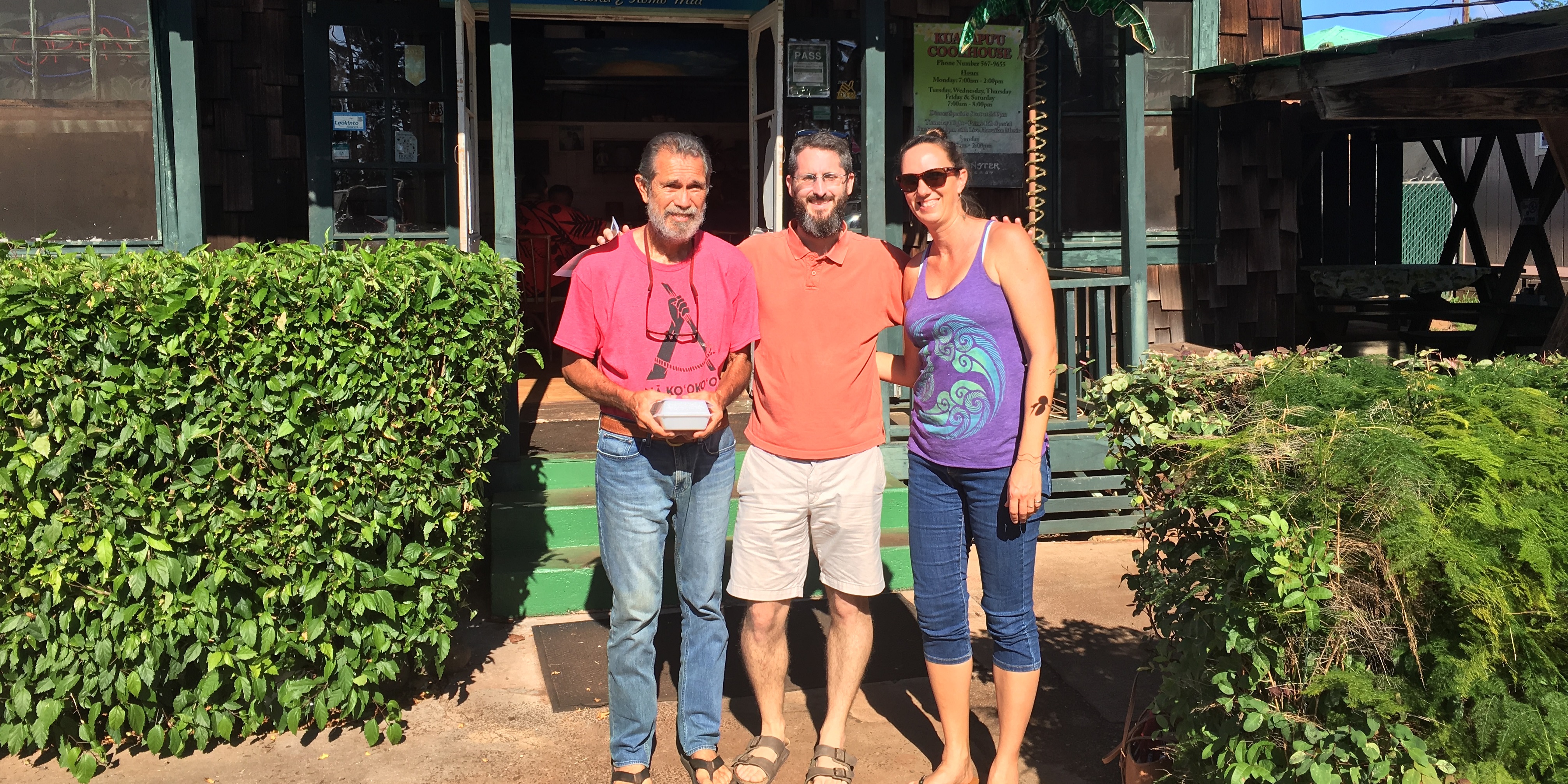 The visit to Molokai feeds into SCELG’s EILEAN (Islands, Law and Sustainable Development) Initiative. In the same framework, Francesco had a meeting with Hawaii Green Growth, where he met with Breanna Rose, Director of Operations and Partnerships. In the meeting he learnt more about the exciting work carried out by Hawaii Green Growth leading up to and monitoring the Aloha + Challenge on Hawaii. Francesco and Breanna discussed Hawaii Green Growth role as a network of networks bringing Hawaii’s civil society interested in sustainability and its potential of collaborating with SCELG in the context of the future activities of EILEAN. The latter is developing a platform collating and highlighting information about sustainability challenges and opportunities on small islands and the available legal and political processes available to island communities to effectively promote sustainable development. 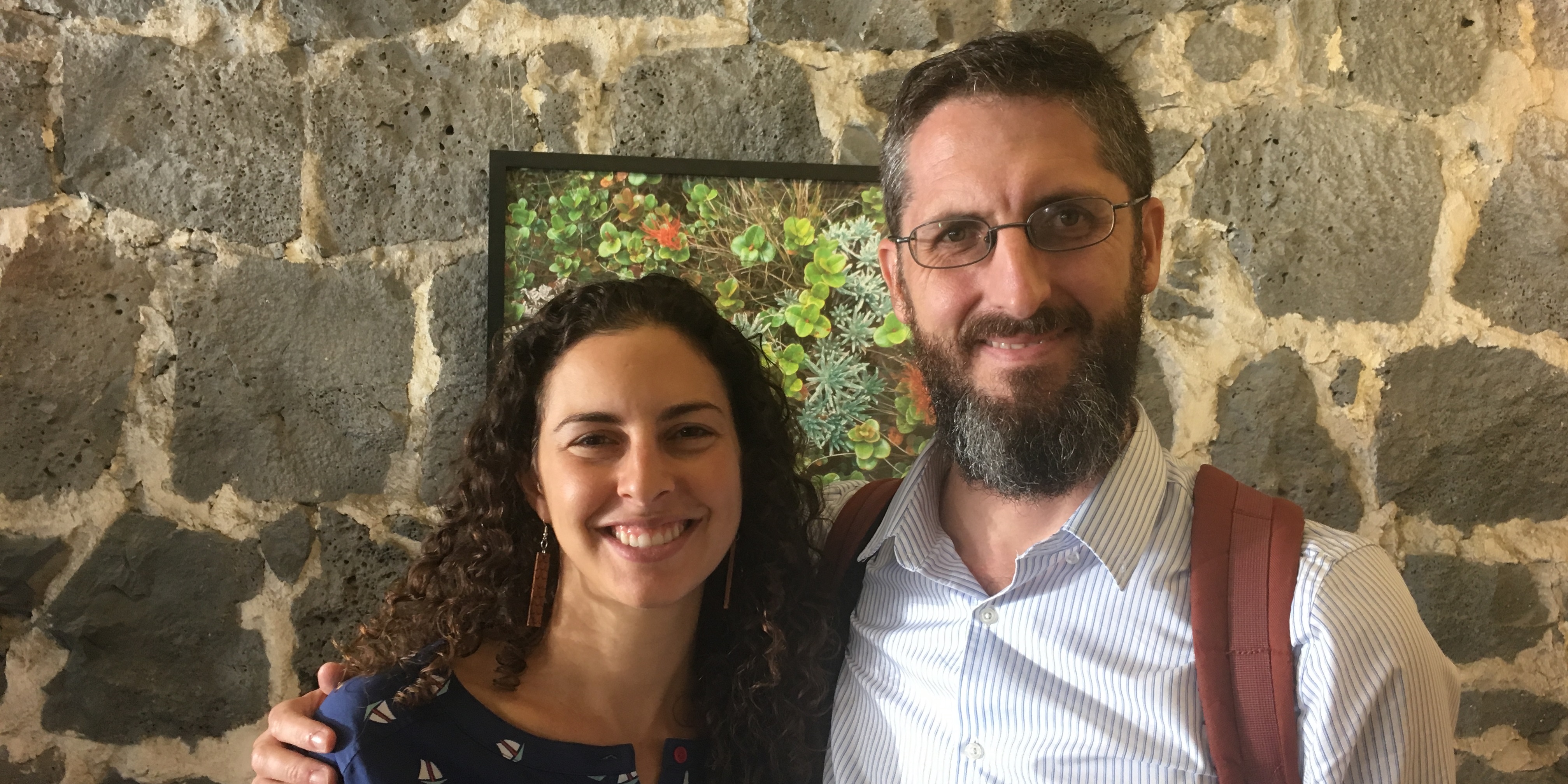 Francesco continued his visit introducing SCELG and EILEAN to colleagues at the William Richardson School of Law of the University of Hawaii. Here he met with Denise Antolini, David Forman, Kapua Sproat and Richard Caldwell who highlighted several of the very interesting activities carried out by the Law School and that chime and align very much with the practice and vision not only of SCELG, but of the wider University of Strathclyde. From the clinic led by Kapua to the work on renewable energy carried out by Richard; from the teaching and research focusing on real environmental problems (water pollution in Waikii for example) led by Denise to the engagement with litigation involving David, the William Richardson School of Law of the University of Hawaii Law School and SCELG appear to be natural partners, a partnership that will surely be developed in the coming years. 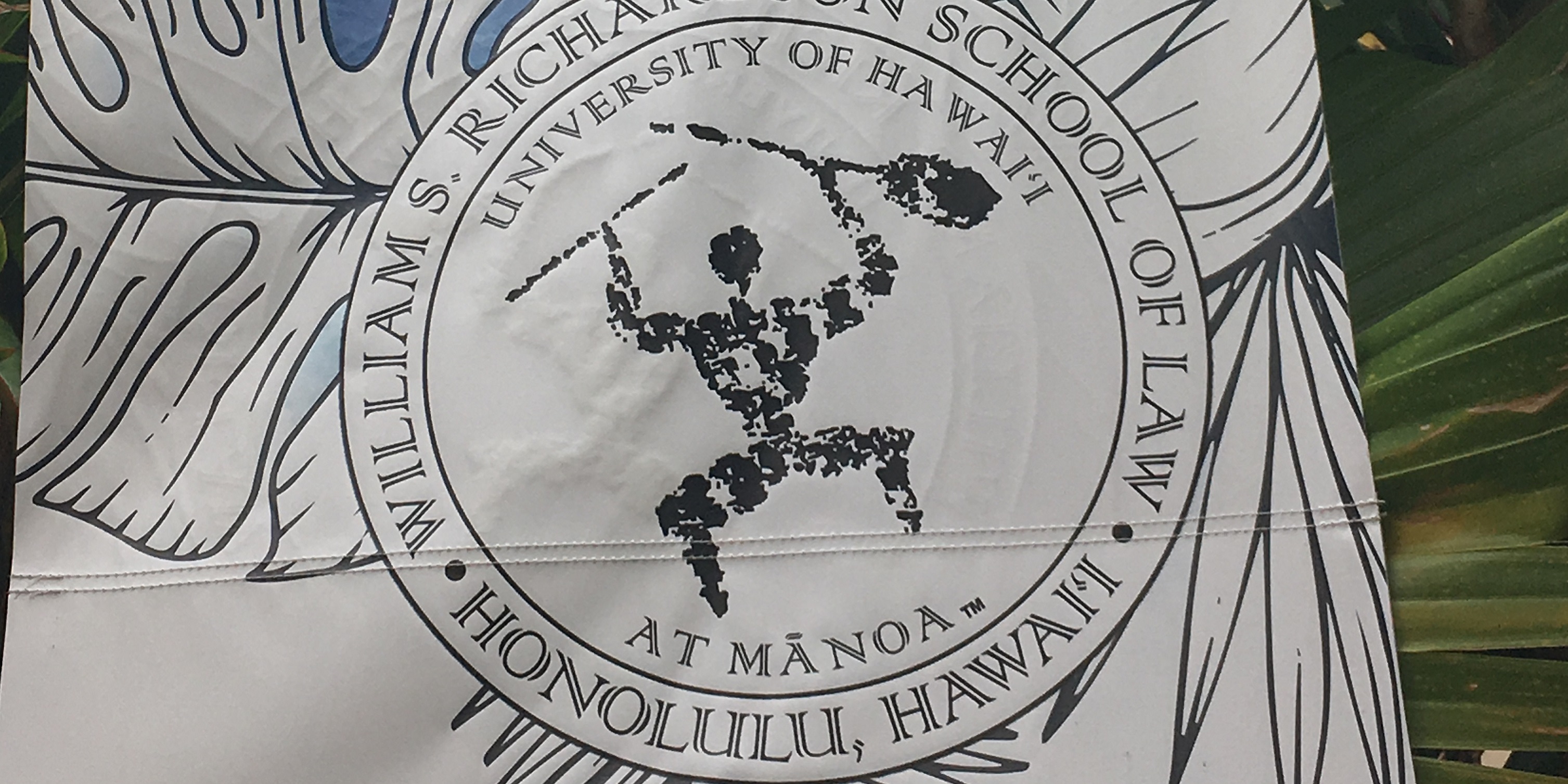 SCELG and the William Richardson School of Law, forging a future partnership 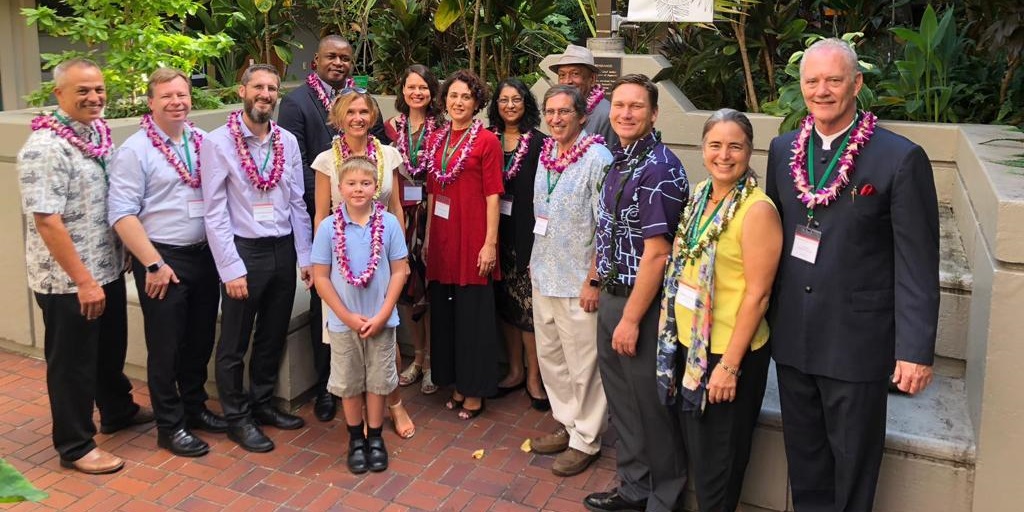 Speakers of the “The Role of International Courts in Protecting Environmental Commons” conference.

Francesco’s week in Hawaii has allowed him and SCELG to get a much better understanding of the local context of sustainability on small islands and legal and political processes available to island communities therein. It has also allowed SCELG to strengthen ties with important leading academic and non-academic partners. Overall, future SCELG projects and future teaching, both undergraduate and post graduate, will benefit from these insights and future partners. Francesco is leading the EILEAN (Islands, Law and Sustainable Development) Initiative and is the co-programme leader of the LLM Global Environmental Law and Governance.

Find out more about SCELG