October 2020: Mika Schroder, SCELG PhD researcher, and Prof Elisa Morgera are contributing to global and national debates on biodiversity in the aftermath of the publication a major report about how the world has failed to meet the United Nations biodiversity targets (the Aichi targets adopted under the UN Convention on Biological Diversity).

Mika Schroder on a panel on ‘The Future of biodiversity governance for civil society’ during the COP14 back in 2018. Photo by Mike Muzurakis

Elisa Morgera has been quoted in the National Geographic article “The world missed a critical deadline to safeguard biodiversity, UN report says,” highlighting the link between improved biodiversity protection and the formal recognition by lawmakers of biodiversity as the very foundation of human rights.

“Once you bring human rights in and you realize that this is not just a question about this particular plant or microbe, but it’s about everybody’s [right to health, clean water, and food], the conversation changes and governments have a heavier weight on their shoulders to take these things seriously”, Morgera is quoted as saying. Read the full article here

According to this premise, the One Ocean Hub, of which Prof Morgera is the Director, is carrying out legal and inter-disciplinary research on human rights and the marine environment, with a view to enhancing and making more inclusive the science-policy interface on the conservation and sustainable use of marine biodiversity. In addition, Prof Morgera is supporting a public process in Scotland to understand the benefits of legally recognizing a human right to a healthy environment, including with specific regard to the inter-linkages between biodiversity and human rights. 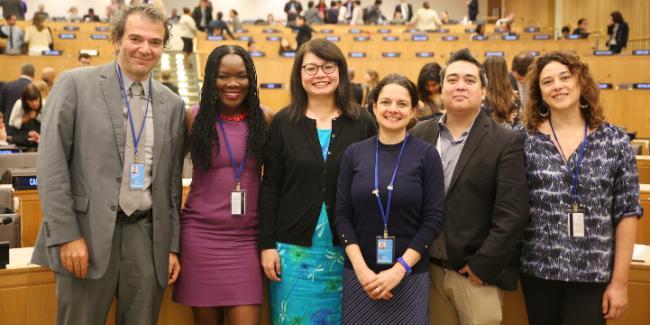 SCELG Policy Brief on the (failure to meet the) Aichi targets

In addition, SCELG has published a policy brief on the news of States failure to meet the Aichi targets, authored by Mika Schroder, PhD researcher co-supervised by Elisa Morgera and Saskia Vermeylen. In the brief, Mika offers some further detail on the limited progress made under the targets, reflecting on these in light of increasing rates of biodiversity loss and violence faced by environmental and land defenders across the globe.

In light of this, the brief discussed steps that should to be taken ahead of the elaboration the post-2020 Global Biodiversity Framework, which will provide a similar style target-system for States when adopted at the next UN Biodiversity Negotiations in 2021. Back in August, Mika also published an article for the IISD, following an Open Letter by key grassroots organisations voicing concerns, on the importance of these discussions ensuring fairness of process amid COVID adjustments.

The policy brief also introduces the major report ‘Local Biodiversity Outlooks 2’ which shares local action and stories of resilience among Indigenous Peoples and local communities, illustrating their significant contributions to biodiversity protection. Here, the brief argues that States should ensure the recognition and tangible support for local practices, as well as strengthen the recognition and protection of human rights as intricately linked to the aim of curbing biodiversity loss. 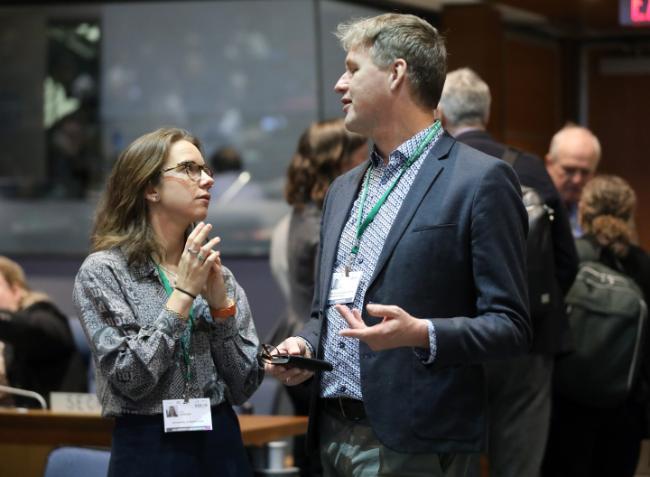 Mika Schroder speaking to Marcel Kok of the PBL Netherlands Environmental Assessment Agency, at SBSTTA23 in 2019. Photo by Mike Muzurakis.

SCELG before the House of Commons Environmental Audit Committee

Looking ahead, Prof Morgera has been invited to give oral evidence to the UK House of Commons Environmental Audit Committee on 22 October. The Committee is conducting an inquiry into biodiversity and ecosystems given the pressing need to address biodiversity loss and the upcoming negotiations in Kunming on the post-2020 biodiversity framework. A central part of the inquiry will be scrutinising the UK’s negotiating position coming into COP15 with the want to increase leadership and secure the best deal for nature. As part of our evidence session on COP15 the Committee would like to hear from experts on what makes a successful CBD COP and want needs to be achieved going into COP15.

The full terms of reference for the inquiry can be found at the following link:  too: https://committees.parliament.uk/work/448/biodiversity-and-ecosystems/.  SCELG and the One Ocean Hub will also prepare written evidence to the inquiry.