Reflecting upon all the experiences I gained during the first two years of my PhD, it is difficult to imagine another academic environment that could have provided me with such a breadth of opportunities to grow as a researcher. As doctoral students at SCELG, we are welcomed into a close-knit team that nurtures our personal development both by supporting our independent intellectual pursuits and by involving us in the research taking place within the Centre. All the postgraduate programmes hosted by SCELG capitalise upon the findings of this research, but what is truly unique about the way the Centre operates is that students get to actively participate in consultancies with leading international partners and UN bodies, which allows them to build a dynamic CV and a rich professional network. Doctoral students in particular are directly involved in the Centre’s knowledge-exchange and capacity-building activities. This means that, in addition to the thought-provoking desk-based research we do for various consultancies, we also get to witness first-hand how our findings get disseminated in different contexts and how they can be used to generate positive change.

On a more personal note, as a researcher whose interests lie in ocean law and governance, I was fortunate to have joined SCELG at an especially opportune time. Sustainable Development Goal (SDG) 14 has elevated oceans into a prominent component of the international sustainable development agenda, raising the profile of the manifold threats facing the world’s oceans and highlighting the significance of a healthy marine environment for human well-being. Moreover, the ongoing negotiations on a new international legally-binding instrument under the United Nations Convention on the Law of the Sea (UNCLOS) on the conservation and sustainable use of marine biological diversity of areas beyond national jurisdiction have sparked a lively debate about the instrument’s substantive content, as well as the mechanisms that will have to be put in place to facilitate its implementation. The cutting-edge research carried out within SCELG on oceans is contributing to this debate by shedding new light on the interplay between the law of the sea, and international biodiversity and human rights law, opening up exciting new avenues for their synergistic application.

I have had the pleasure of contributing to a two-pronged international consultancy awarded to SCELG by the Secretariat of the Convention on Biological Diversity (CBD) to support its work on ecologically or biologically significant marine areas (EBSAs), and to assist it in preparing the second meeting of the Sustainable Ocean Initiative (SOI) Global Dialogue with Regional Seas Organizations and Regional Fisheries Bodies. With regard to EBSAs, I participated in the drafting of a report on possible options for modifying the description of EBSAs; describing new areas; and strengthening the scientific credibility and transparency of the EBSA process. The key findings were presented by Dr Daniela Diz at a side event taking place during the twenty-second meeting of the CBD Subsidiary Body on Scientific, Technical and Technological Advice (SBSTTA-22). As for the SOI Global Dialogue, Dr Diz and I prepared a background report that was disseminated to participants prior to the meeting to facilitate the exchange of views. We also attended the meeting, held in Seoul, Republic of Korea, on 10-13 April 2018, which allowed us to actively contribute to the discussions and to directly assist the CBD Secretariat in preparing the relevant outcome document. 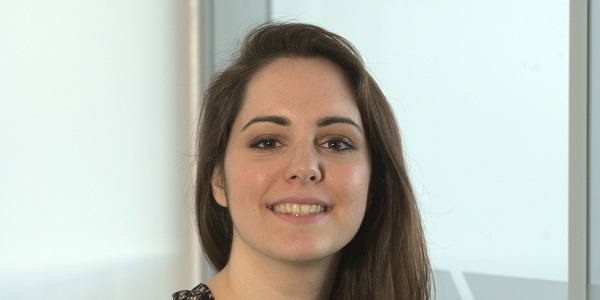 I have also participated in a consultancy awarded to SCELG by the Food and Agriculture Organization of the UN (FAO) under the project 'Development and application of guidance for the implementation of international legal instruments related to biodiversity conservation in areas beyond national jurisdiction'. The project aims at supporting national implementation of international law on marine biodiversity, looking at UNCLOS, the CBD and other relevant instruments. SCELG’s involvement includes the development of a step-wise guide for implementation of international policy and legal instruments relevant to deep-sea fisheries and biodiversity conservation; and the provision of training and capacity-building on the basis of the guide. In June 2018, I had the unique pleasure of attending a workshop at the FAO headquarters in Rome, which was aimed at laying down the groundwork for the project’s execution.

My involvement in the MARINE BENEFITS research project (‘Sharing the benefits of sustainable fisheries: from global to local legal approaches to marine ecosystem services for poverty alleviation’) has been another formative experience. Together with my supervisor, Prof Elisa Morgera, I developed two articles that were included in a special issue of the international peer-reviewed journal Marine Policy on ‘SDG Synergies for Sustainable Fisheries and Poverty Alleviation’. The special issue offers a multi-disciplinary and multi-scale critical analysis of fisheries governance as part of the overarching sustainable development agenda. The first article Prof Morgera and I co-authored, titled ‘Linking small-scale fisheries to international obligations on marine technology transfer’, served as the basis for a policy brief we drafted for the International Institute for Environment and Development (IIED) to support least developed countries (LDCs) in the negotiations on the new instrument on marine biological diversity in areas beyond national jurisdiction.

The second article, titled ‘Connecting SDG 14 with the other Sustainable Development Goals through marine spatial planning’, has been greatly influential upon my doctoral research. My PhD anticipates the challenges that national courts will be faced with in adjudicating transnational conflicts arising out of the elaboration and implementation of multi-scalar marine spatial planning initiatives in Europe’s regional seas. It provides a critical view of marine spatial planning as a tool for territorialisation, defined as the process by which States attempt to control people and their actions by drawing boundaries around geographical spaces, excluding some categories of individuals, and proscribing or prescribing specific activities. In reflecting upon the spatial justice implications of transnational planning initiatives, my research will draw on this second MARINE BENEFITS article, which explored the role of the ecosystem approach, and of fair and equitable benefit-sharing within it, in promoting equity and preventing conflicts between stakeholders with contradictory demands for marine space and ecosystem services.

I believe that the diverse skillset I have gained from these activities has made me a more versatile researcher, who is better able to tailor the delivery of her findings to different needs and contexts. In addition, my doctoral research has benefitted immensely from the collaborative spirit of the supervision I have received from Prof Elisa Morgera, who is the Co-Director of SCELG, and Prof Aileen McHarg. Combining intellectual stimulation, academic guidance and real-world impact, SCELG truly is a ‘place of useful learning’.

Our PhDs tell you about their experiences at SCELG

Every year we invite PhD researchers to share their work with their peers in a supportive environment. Find out more about the Postgraduate Colloquiums.

Find out more about research in SCELG