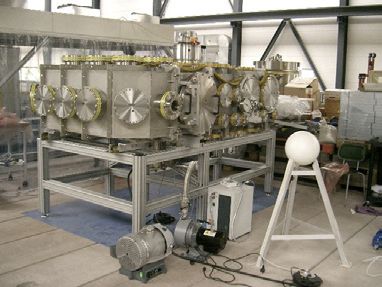 In the early days of SUPA, Wilfred Galster and I won a SUPA award to build an advanced vacuum system to house targetry and diagnostics to study monochromatic X-ray production by Laser Thomson Back Scattering IR photons from the 40 MeV high quality electron linac at HZDR, Dresden.

The vacuum system was designed and built in house at Strathclyde under the supervision of Tom McCanny and then transported to Dresden by Tom and Dave Clark. It took several years to couple the two beams together - the 40 MeV Electron linac and the 150 MeV Draco laser to provide the monochromatic X-ray beam 12-20 keV. This was the Ph.D. project of Axel Jochmann.

A picture of the vacuum chamber in our workshop and positioned in the electron linac on HZDR is shown in the photos. 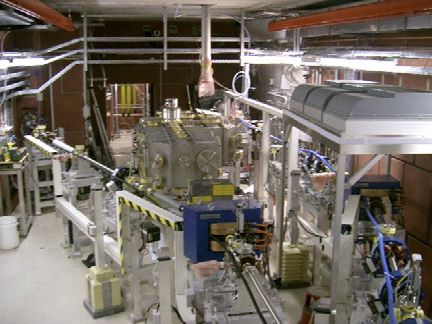 The principal application of monochromatic X-rays is in the field of medical diagnostics. Monochromatic X-rays can “see” breast tumours of very much smaller dimensions than conventional broad band X-ray machines. This requires phase contrast X-ray imagery as shown in the figures below.

It took some years before publications came from this work but 2013 showed the output at last. This was the output of two years of visiting professorships to Dresden in 2009 and 2011. 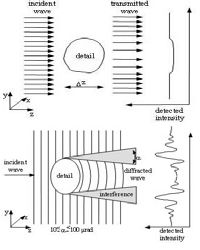 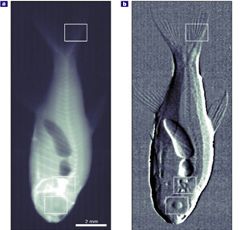