Collaborative work from researchers at the Universities of Strathclyde (Rachel Offer, Dalius Stulga, Erling Riis and Aidan Arnold) and Glasgow (Sonja Franke-Arnold), has just been published in the new NPG journal Communications Physics.

Orbital angular momentum (OAM) of light is used in many applications and has the potential to increase the bandwidth of classical and quantum communication. The authors quantitatively investigate the way OAM is distributed between the fields of different wavelength generated from a four-wave mixing process in Rb vapour. 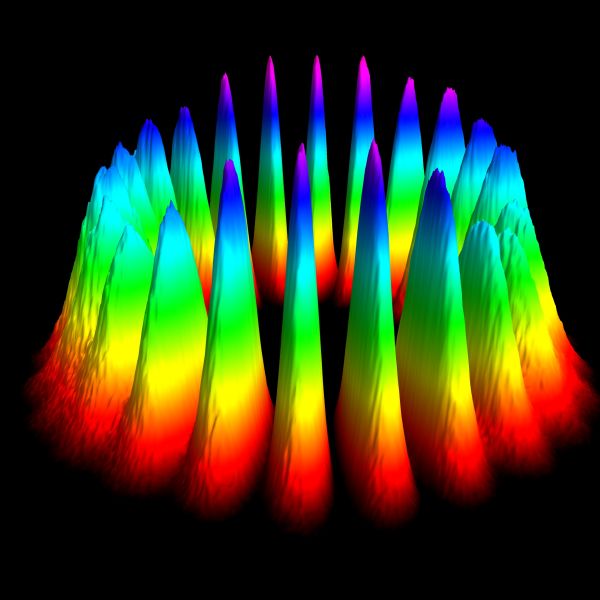 This is an experimental image (an interferogram) of a 420nm laser beam which is generated by four-wave mixing using two near-infrared pump beams focused into a cell of hot rubidium vapour. The pumps beams carry orbital angular momentum (OAM) and we investigated the distribution of (integer-valued) OAM in the generated beams. Quantitative information on the 'histogram' of OAM values in the generated beams is found using Fourier methods on the interferogram formed when the 420nm beam is overlapped with its mirror image.