The Centre for Space Science and Applications works on a broad range of space physics problems, such as testing the Equivalence Principle and gravitational wave detection from space, and the exploitation of satellite data for environmental monitoring of the Earth’s Oceans.

Part of the Strathclyde Space Institute, a multi-disciplinary venture addressing key challenges in space systems engineering, satellite applications and access to space, the Centre for Space Science and Applications represents the activities of the Department of Physics at the University of Strathclyde and is actively involved in the following research:

Many science experiments can benefit hugely from, or can only be carried out in, the ultra-quiet environment of space.  In the research area of Physics, for example, the (surprising) Principle of Equivalence can in principle be tested to unprecedented accuracy. 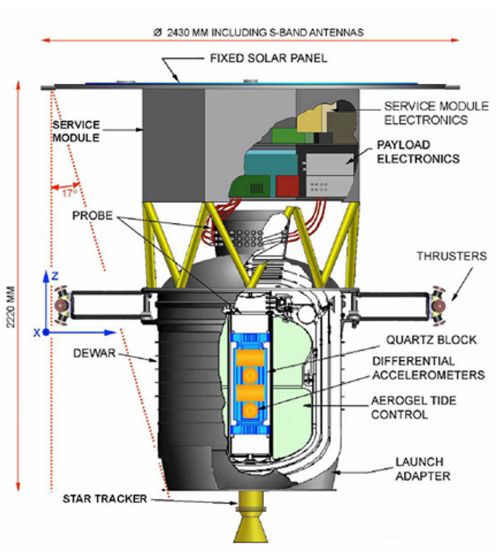 In the STEP experiment to test the Principle of Equivalence (EP: the equivalence of Gravitational and Inertial mass) two bodies made from different materials are ‘dropped’ towards the Earth with sufficient tangential velocity that they continue to miss the Earth, and follow an orbital path.  If the Earth were to pull differentially on the two bodies, then they would follow slightly different orbits, and their relative motion could be detected - indicating a violation of the EP. 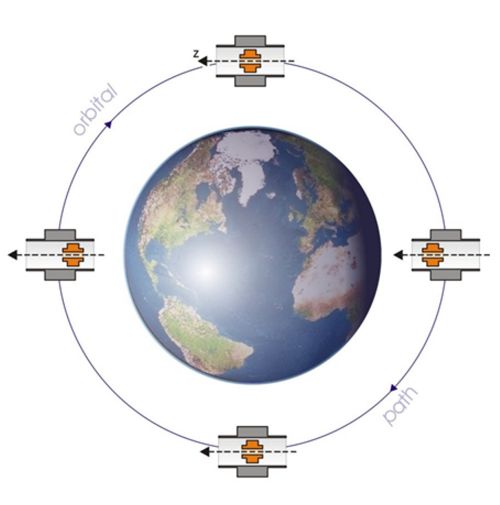 Ocean colour remote sensing (OCRS) allows us to observe blooms of phytoplankton (microscopic plants), plumes of sediments from rivers and areas of coastal erosion and provides essential data for assimilation into and validation of coupled physical-ecosystem models. The Marine Optics and Remote Sensing (MORSE) Group in the Physics Department is actively involved in developing new and improved algorithms to interpret OCRS data as well as developing improved understanding of the radiative transfer processes that underpin the generation of observed reflectance signals. This involves a range of activities, including: 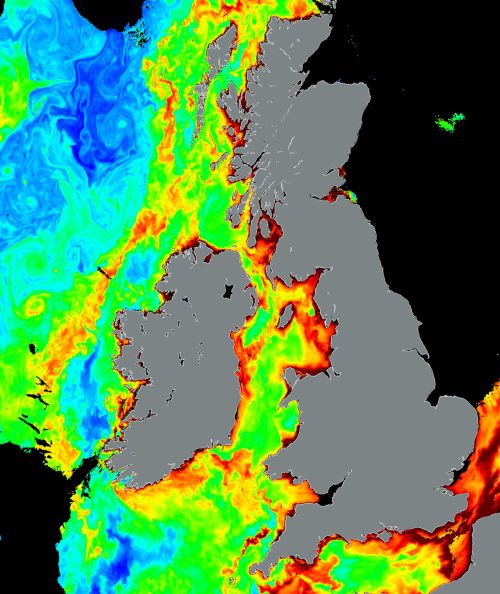 Oceans in Bloom by Catherine Mitchell (Physics)
The Earth's oceans play an important role in the global carbon cycle. Phytoplankton in the ocean convert as much carbon as all of the plants on the land, and strongly influence levels of carbon dioxide present in the atmosphere. As phytoplankton change the colour of the ocean, their concentration can be measured using cameras on satellites. This image taken from the MODIS Aqua sensor (NASA) and processed at the University of Strathclyde shows phytoplankton blooms off the west coast of the British Isles, with yellow and red indicating increasingly high concentrations. Monitoring phytoplankton bloom dynamics provides insight into the role of the ocean ecosystem in the Earth's climate.

Silicon hydrides (silanes) are the synthetic, silicon-based counterparts of hydrocarbons such as kerosenes. In Silanes, the carbon atoms are replaced by silicon atoms. Quantum mechanically, this is reflected by an increase of the covalent radius of silicon when compared to carbon, a longer Si-H bond length when compared to the C-H bond length, and polarization inversion as regards the electronegativity. 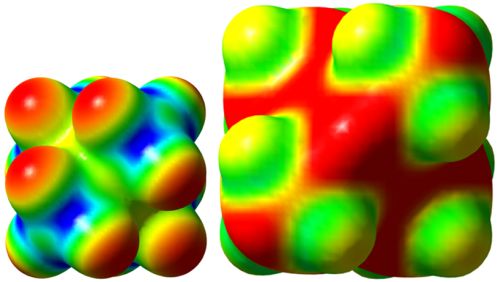 As a result, silanes have a highly positive enthalpy of formation, and therefore are highly hypergolic with a range of oxidizers, including air at ambient conditions. Furthermore, combustion products such as SiO2 when burning with air yield much more chemical energy than the corresponding carbon oxides [1].  When used as rocket or scramjet fuels [2], silanes therefore release a huge amount of chemical energy, which is converted into kinetic energy (thrust) in the nozzle.

Heat of formation (a) and combustion product energy release (b) of n-pentasilane when compared to n-pentane.

While gaseous monosilane SiH4 has an outstanding role as ignition piloting gas and combustion enhancer, for example used in NASA’s X-43A record-breaking MACH 11 scramjet flights in 2004 and for ground testing, using longer-chained liquid silanes are a new concept. They are much better manageable than gaseuous monosilane, and furthermore they are miscible with most kerosene fuels. In the most advanced scheme [3], a liquid, hypergolic silicon hydride/hyrocarbon (SH/HC) fuel blend is conceived, where the SH fraction is on the sub-10% level. At these levels, potential issues with condensed combustion products are mitigated, the known cooling effect of replenishing silicon oxide layers would still help protect the chamber and nozzle, the mixture would still be hypergolic and re-ignitable, and the specific impulse may at the same time be increased.

Since liquid silanes are harder to produce and therefore more expensive than short-chained, gaseous silanes, it is very advantageous that liquid silanes have another important application: they can be used effectively in the semiconductor world, where they can enable enhanced CVD schemes and may even lead to elegant production of photovoltaics (spray-on silicon). These applications are also pursued [4,5] on the way towards a green, high- performance synthetic, silane-based rocket and scramjet fuel.

Radiation in space is one of the major issues in space exploration. For example, Earth’s van-Allen radiation belts contain a strong flux of so called “killer” electrons and protons, which can harm Astronauts and electronics onboard of space vessels, satellites and aircrafts alike. Therefore, each electronic system and subsystem must qualify for its mission in a complex series of radiation hardness characterization tests in the laboratory. Traditionally, radiation sources such as radioactive components (Co60), linacs and cyclotrons are used to produce the test radiation.  However, using these radiation sources a) the characteristics of space radiation as regards spectral flux etc. cannot be reproduced accurately, b) the testing can take a long time due to limited flux values, c) getting beam time at the large, oversubscribed radiation facilities is difficult, and d) usuall, several different facilities have to be used in order to irradiate with different particle types.

At the Scottish Centre for the Application of Plasma-based Accelerators (SCAPA), we currently establish a novel, patented [1] approach which has the potential to overcome these limitations. Instead of accelerating electrons with radiofrequency electromagnetic waves as in conventional accelerators, laser- driven accelerators can produce accelerating fields which are many orders of magnitude larger and can reach the Teravolt-per-meter level.

Basic scheme for laser-plasma based generation of space radiation and irradiaton of electronic devices for the use in space.

In our approach, co-funded by the European Space Agency, intense high-power laser pulses are used to irradiate solid or gaseous targets, which they instantly turn into a plasma and violently accelerate electrons, protons and ions ito the forward direction. Just as acceleration mechanisms in space, this type of acceleration is based on stochastic processes. The acceleration can be steered such that the resulting spectral flux mimics certain important types of radiation in space very accurately.  One example are so called “killer” electrons [2] in the outer van Allen belt – where many satellites such as GPS are positioned. In proof-of-concept experiments, we have demonstrated the first exact reproduction of such space killer electrons in the laboratory here on Earth, and the degradation of electronic test devices when irradiated with this type of space radiation. This approach [3,4,5] offers dramatically better testing procedures on the one hand, compact and cost-effective testing labs and shorter testing times, and potentially may lead to the development of much more radiation hard electronic components with higher performance for future space vessel electronics.