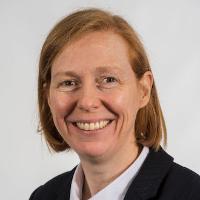 In 1998 I gained my PhD from the University of London investigating the role of liposomes for drug delivery. I then worked in London within a newly established Drug Delivery Company (Lipoxen Technologies Ltd) for two years, prior to moving into Academia to set up my own research group. I joined Aston University in 2000 and was appointed Professor in Drug Delivery in 2007. In 2016, I moved to the University of Strathclyde as Professor in Drug Delivery as part of the Global Talent Appointment Programme. I have effectively delivered in various academic and motivational leadership roles including Associate Dean for Learning and Teaching, Director of the Medicines Research Unit, and Head of Pharmacy.

My research is multi-disciplinary and is focused on the development of systems to facilitate the delivery of drugs and vaccines. I am an internationally recognised researcher with a strong track-record of high impact publications (current h-index 35), with approximately 120 peer reviewed manuscripts plus 5 textbooks. To ensure an effective knowledge exchange and application of my research, to date I have translated my research into 6 patents. I maintain a steady funding stream to support my research team through a range of sources including Government Research Councils, European Framework Funding, Industrial Partners and Charities (~£5.5 million in research funding; approximately £2 million since joining SIPBS). I have supervised 28 PhD students to successful completion (100% success rate), all of whom are now further developing their careers in either Academic or Industrial positions.