Genealogical Studies Honorary Fellow Michael Tobias has been awarded an OBE for services to the Jewish Community.

Michael graduated from the University in 2012 with an MSc in Genealogical, Palaeographic and Heraldic Studies and has since continued with his Scottish-Jewish research and over the past 8 years has examined in excess of 1 million records while creating a database of Scottish Jewry. His expertise has been utilised by both the UK and USA versions of the TV series ‘Who Do You Think You Are’, and he was instrumental in locating the evidence that allowed Guinness World Records to confirm Israel Krystal, Auschwitz survivor aged 113 (March 2016), as the then world’s oldest living man.

This article from Michael’s local Glasgow newspaper provides a lovely overview of the amazing work and achievements that lie behind Michael’s OBE. 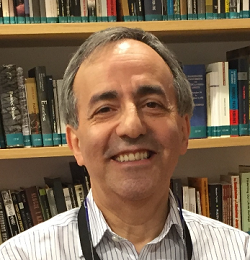 How to get here & office opening hours