Strathclyde apprenticeships open doors for talent in the workplace

When Samir Khan-Young left Glasgow’s Bannerman High, like many of his peers, he wasn’t sure exactly where his future lay.

But after joining technology company Thales in 2012 at the age of 17 as a technician on naval design systems, he progressed through a Modern Apprenticeship, before setting his sights on the Graduate Apprenticeship in Engineering Design and Manufacture at Strathclyde.

Now in his fourth year, he is set to be among the first graduates of the course this November.

With this week Scottish Apprenticeship Week, which celebrates the benefits apprenticeships bring to businesses, individuals and the economy, the 25-year-old reveals how the opportunity has opened new doors for him.

Samir, who was crowned Skills Development Scotland's Graduate Apprentice and Apprentice of the Year 2021, said: “When I left school I wasn’t sure what I wanted to do and hadn’t really considered engineering. But after joining Thales and doing a Modern Apprenticeship I wanted to keep progressing academically and professionally and to push myself further.

“I loved the way that engineers here look at a problem and don’t see it as a brick wall but work out how they can overcome it in the most effective and efficient way.

The Strathclyde GA stood out because all the modules were tailored around industry and were relevant to where I wanted to go, and I knew I needed a degree to get there. I started as a technician at Thales and have become a Manufacturing Engineer thanks to the apprenticeship.”

Samir is one of 479 learners on the four undergraduate Honours Graduate Apprenticeship courses at Strathclyde across Engineering Design & Manufacture, Civil Engineering, Business Management, IT Software Development, as well as an MSc in Cyber Security.

The 25-year-old said that being able to apply his learning almost immediately in a professional setting are some of the great advantages of the apprenticeship.

He added: “I love it, it’s so rewarding and allows you to take things you’ve learned in university and actually implement them near enough the next day. You can also go back to a lecturer and say you tried something but that it didn’t work in real life the way it did in the text book.

“My lecturers have been so supportive, even when we haven’t been able to be on campus this last year.

“This is just the beginning for me. It’s opened up new doors, I can look at going into Design Engineering or management, opportunities that weren’t there before.

“It’s allowed me to look at avenues I wouldn’t have thought at looking at.”

One instance where he was able to showcase his learning on the factory floor was helping to create PPE for the Queen Elizabeth University Hospital in Glasgow during the first lockdown.

He said: “Company-wide we looked at how we could deliver PPE to hospitals and in Glasgow we used our two rapid prototyping printers to create visors for frontline NHS staff.

“I ran it for the nightshift and it involved a few weekends coming it at around 2am to get the printers on to make sure we had another 10 or 20 for that week. I think we delivered around 500 in the end and it’s probably the most rewarding thing I’ve done.”

He says being shortlisted for the Graduate Apprentice of the Year Scotland title is the icing on the cake of his new career.

He said: “It’s great for my hard work to be recognised and is a credit to everybody at Thales and to the University as well. It reflects all the support I’ve had from the people round about me.”

Industrial Architect Stephen Francis from Thales who nominated Samir, said: “Samir is a role model for other apprentices within our business, having started as a Modern Apprentice.

“His drive, commitment and ambition to climb our Industry growth path is an inspiration to others, his journey is certainly not over, but more importantly he has achieved this with a fantastic balance of technical and personal qualities, remaining approachable and helpful to others at all times.”

The first Graduate Apprenticeship was launched at Strathclyde in 2017. Designed in partnership with industry and by Scottish Government via Skills Development Scotland, the programmes align to relevant professional body accreditation with learners able to build e-Portfolio of evidence throughout their study.

There are more than 500 learners across eight Apprenticeship Degree Programmes from over 140 employer partners. Strathclyde is one of only two Scottish Universities’ delivering English Degree Apprenticeships for English based employees and has bespoke programmes in partnership with Babcock International for the Senior Leaders MBA, and also delivers a Digital & Technology Solutions DA for Barclays. A BEng(Hons) Chemical Engineering is mapped to the Science Industry Plant and Process Engineer Standard and involves eight employers.

The University has been rated as ‘Excellent’ in the first review from employer partners for delivery of the DA programmes.

The Modern Apprenticeship programme has been running for around 25 years and has recruited more than 200 young people to apprentice roles in the University.

It now offers over 100 different frameworks and at any time has around 40 young people employed in a variety of roles, including Engineering, IT and Business and Administration, mostly within the University.

Modern Apprentice Amy McAvoy works in the Executive Education and Development Department in Strathclyde Business School in business and administration and started in October 2019. 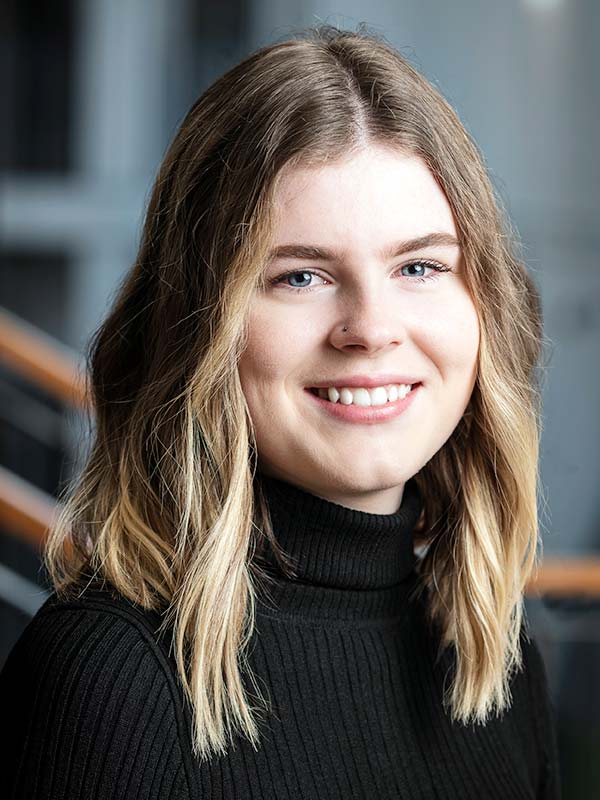 She said: “I originally went to university straight from school but after a year I decided it just wasn’t for me. I took a year out and saw the advert for an MA at Strathclyde and I thought learning on the job sounded great.

“I feel like the experience will open up a lot of doors for me and it’s great to be getting a qualification at the same time as working. I manage the Head of department’s diary and also do finance and admin work.

“I really enjoy the job and working with the people in my department. I immediately felt welcome and there’s a really good mix of people. I deal with people from all over the world so it’s interesting.”

The University also supports Foundation Apprenticeships and has also become involved in Pathway Apprenticeships, a new initiative developed by Skills Development Scotland for training for young people in response to the pandemic.

Professor Scott MacGregor, Vice-Principal at Strathclyde, said: At Strathclyde we are very proud of our apprenticeships, which offer an alternative pathway into education for individuals who want to learn while in employment and develop their career.

We are able to develop and deliver tailored work based degree programmes that suit the needs of both the learner and the employer thanks to the close links we have with industry.”

“Talented individuals of all ages and backgrounds have the chance to reach their potential with an apprenticeship. Scottish Government plans and the Young Person's Guarantee put youth employment and apprenticeships at the heart of Scotland’s economic recovery.

“In challenging times, apprentices can play a vital role in supporting businesses and the economy now and for the future.

“For businesses backing talent, who can give someone the chance of an apprenticeship – there's more support than ever before.”