Who would have thought that washing solid fuels can help them produce more energy?! To help reduce climate change, society must move away from its reliance on fossil fuels. Instead, creating green power for our homes and businesses from a wide range of renewable sources. The University of Hull is working on ways to efficiently produce sustainable energy from different kinds of waste. 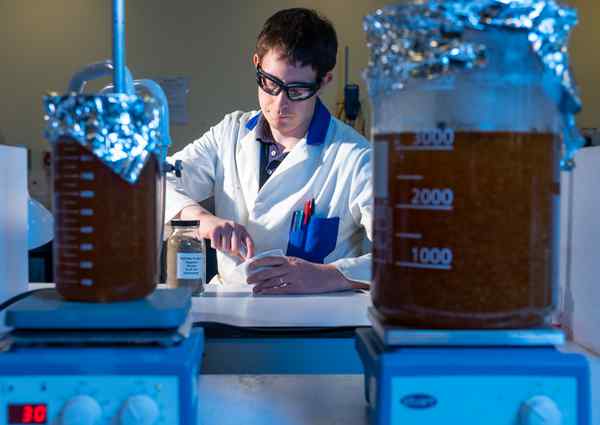 Straws and other 'lignocellulosic' crops produce plentiful supplies of waste plant matter known as 'biomass' which can be used to produce energy. Even though these renewable waste materials are highly abundant, they are not widely used for energy production.

This is due to impurities within the biomass that are released as ash in the energy production process. Ash build-up can lead to reactor blockages, eventually forcing a facility to shut down and reset. Down-time increases the cost of bioenergy production making it less of a practical option than traditional energy production from fossil fuels such as oil or coal.

A collaborative research team led by the University of Hull as part of the Research England funded THYME Project, including the Biorenewables Development Centre and Jesmond Engineering, undertook research to make energy production from biomass waste cleaner, energy-efficient and increase its viability as a carbon-neutral alternative to fossil fuel-derived energy. The team looked at new solid fuels made from the sludge materials left after biomass waste passes through bioethanol refineries.

They used a water washing technique called 'leaching' to pre-treat the sludges and improve their quality by removing up to 80% of the ash components. As water leaching is a relatively cheap technology that could easily be used by bioenergy producers, the research opens the door to using these cheap and underutilised materials without the problems of ash build-up and the associated facility downtime.

Crops like straws take in carbon dioxide during their growing cycle, which is then released during energy production, making them a near carbon-neutral energy source. Fast growth cycles and the ability to grow in different environments make these feedstocks ideal replacements for imported wood pellets, commonly used for bioenergy production. This research takes an important step towards making energy from waste more sustainable.