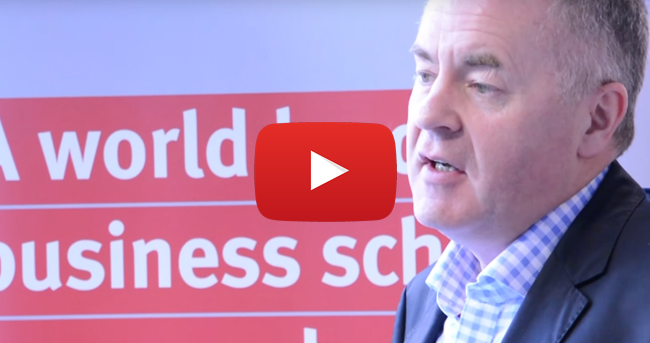 David signed up for the Growth Advantage Programme for both personal development and to assist with growth within the business. Although he is a serial entrepreneur, David felt he still had much to learn. He had been looking for a course of this kind for several years but couldn’t find anything similar aimed at the business owner / MD. In particular, he was looking for a course in Scotland which gave him the opportunity to mix with a group in and around Scotland who he could keep in touch with. The course has provided him with focus, peer to peer learning, reinforced his thoughts and given him new tools to be taken back to his businesses to help with the growth he is pursuing.

David described the impact as a work in progress. Turnover is up by around 20% although this is a combination of new and existing initiatives. The key change he has made is to restructure the sales structure creating four distinct sales regions with the first two of the staff to manage these regions already in place. David has also brought greater clarity to the target and growth aspirations. Goals are set with steps outlined on how to reach them. David is focusing more on the strategy and communicating this to the team.

David has kept in touch on a one to one basis with five of the cohort who have offered support and encouragement in different areas of the business and David has tried to reciprocate. Recently, a group of the GAP participants had taken a table at the Entrepreneurial Scotland dinner and invited lecturers and speakers to join them. His impression is that everyone on the course from the speaker to the lecturers is keen to engage widely.

David’s team were initially sceptical about his involvement on the course but he now feels they value what it has taught him. His decision to "liberate himself" has led him to engage more with the team, to increase their understanding of the strategy and to take a team approach to challenges and opportunities. He has provided the staff with greater autonomy and they have responded well.

David felt the course allowed him to see himself as others see you, to learn about your style of management and to assess what type of leader you are. This has led him to develop a wider skills set within the team.
In David’s words, "The course exceeded my expectations and I was disappointed when it came to an end. The peer environment was exceptional. It was a great opportunity and I would do it again." 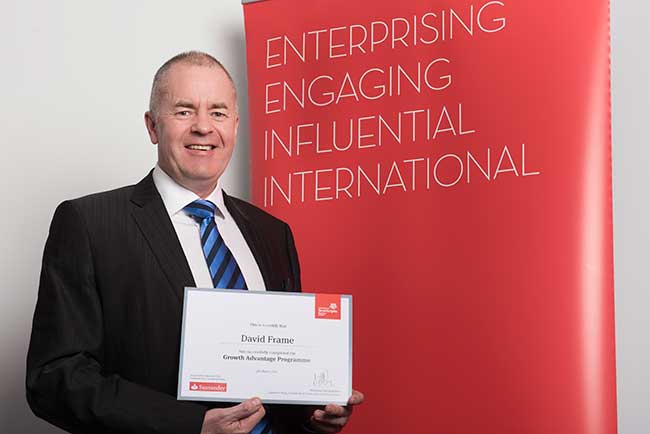