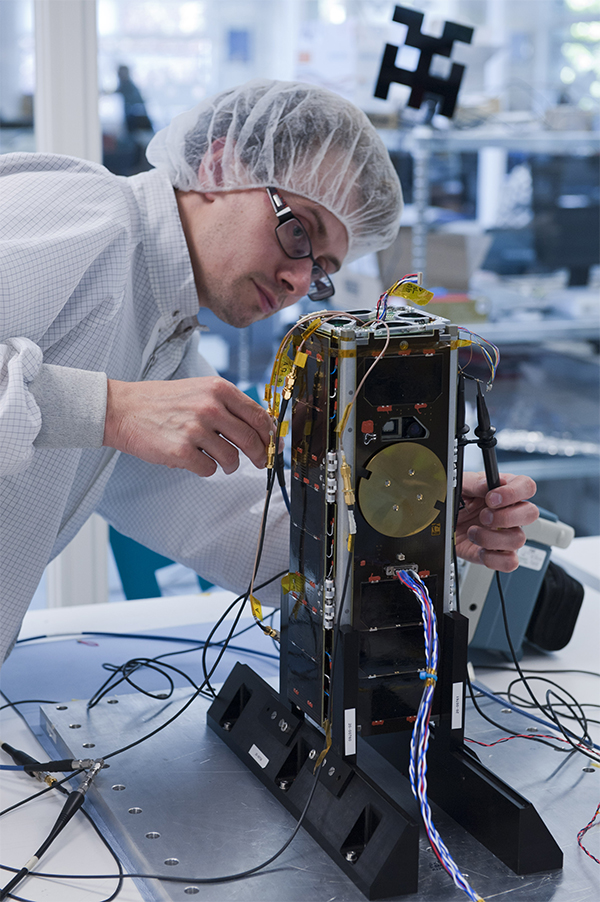 KTP Associate Stephen Greenland worked with Clyde Space CEO Craig Clark and Head of Engineering Andrew Strain, to develop the UKube-1 CubeSat, an advanced micro-spacecraft that can be used for a range of applications, such as increasing mobile telecommunications capacity. Stephen was appointed as a KTP Associate at Clyde Space in 2008 and following completion of his KTP in 2011, he is currently employed by Clyde Space as a Senior Systems Engineer, and is also studying part-time for a PhD at Strathclyde.

The Strathclyde side of the KTP project was led by staff from the Department of Mechanical & Aerospace Engineering, and also saw Research Associate Dr Derek Bennet part-seconded to the firm. The project has catalysed on-going Technology Strategy Board and UK Space Agency funded work, on CubeSat technologies at the University led by Dr James Biggs and Dr Massimiliano Vasile.