Dr Sindico, SCELG Director, has contributed to an on-line course on Water Governance and Climate Change (in Spanish) organised by IUCN and ICAP (Instituto Centro Americano de Administracion Publica) and between 15 and 18 November 2016 he has participated in the first meeting of the “Ocotepeque-Ciatala Transboundary Aquifer” case study in the framework of the second phase of the GGRETA (Groundwater Governance Resources and Transboundary Aquifers) project in San Salvador.﻿

Both projects aim to build capacity within government officials and wider regional stakeholders in critical fields for Central America. SCELG, by participating and contributing virtually and in person to capacity building activities, plays an important role in a water and biodiversity rich part of the world. This is just one of the many examples in which SCELG collaborates with global policy relevant partners, such as IUCN and UNESCO-IHP.﻿

Francesco Sindico is also the Programme Leader of the Strathclyde LLM in Climate & Energy Law, a unique blended learning post graduate programme tailored to a professional audience in which participants do not need necessarily to have a formal legal background.﻿

Dr Sindico will be participating to the GGRETA project in Spanish. Commenting on his participation in San Salvador Francesco said:

The possibility of working in different languages is a further distinctive feature of SCELG and one that allows our work and research to resonate globally and connect with local policy makers, stakeholders and communities.”

SCELG’s work on transboundary aquifers ranges from policy training as the case in question, to research and organisation of conferences and other events, all embedded in the multidisciplinary SCELG incubator on Transboundary Aquifers. 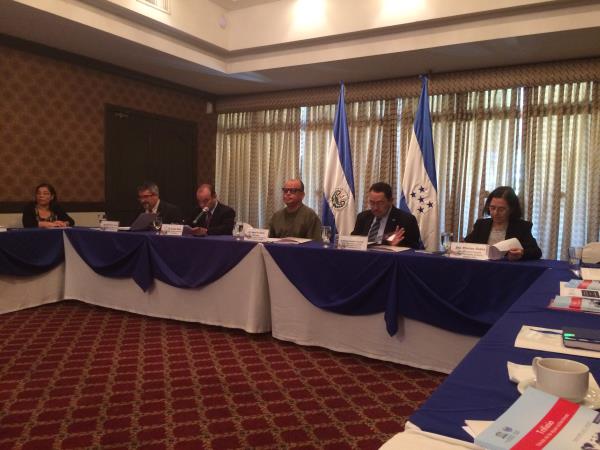 Find out more about our partnerships