22 January 2019: The Strathclyde Centre for Environmental Law and Governance (SCELG) is to lead an ambitious £20-million, 5-year programme – the UKRI GCRF One Ocean Hub – aimed at transforming the global response to cumulative, urgent threats to the ocean. The Hub builds on the research findings of the BENELEX and MARINE BENEFITS projects, as well as insights from SCELG consultancies with UN partners under the thematic theme on oceans. The Hub was developed during a workshop organized by SCELG during its second Festival of Environmental Law and Governance in Glasgow in 2018. The Hub further builds on SCELG's cooperation with the Institute of Uncanny Justice, SCELG's "Island Explorers" Programme and collaboration with Glasgow School of Art on island studies (EILEAN).

Prof Morgera and Dr Diz will serve as Directors of the Hub, which involve more than 50 partners in Africa, South Pacific and the Caribbean, including world-leading research centres, governmental, non-governmental and community organizations, as well as multiple UN agencies.

UK experts to work with global partners to tackle global grand challenges. [...] The projects include: The One Ocean Hub, led by the University of Strathclyde, which will bring researchers and local communities together to keep oceans sustainable and cut pollution."

Cooperation to realise an integrated and sustainable vision

The Hub will bring together the competing interests and agendas of the individuals, groups and organisations that rely on our oceans to realise a vision of an integrated and sustainable approach to conservation and sustainable use.

A key priority will be to ensure the knowledge, experiences and rights of those most-reliant upon the oceans, and disproportionately affected by our failure to protect them, are recognised. The team will set out to uncover the less tangible values of the ocean, and the hidden ‘trade-offs’ in ocean decision-making. The goal is to ensure decision-making at multiple levels (local to international) is based on evidence of risks and opportunities among competing ocean uses. 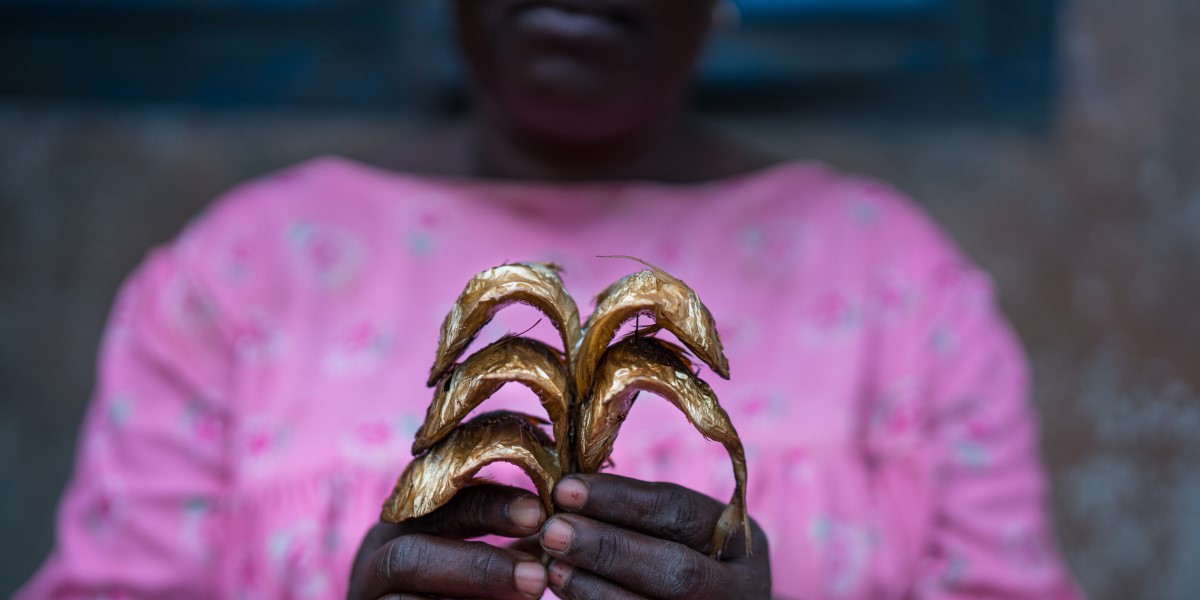 Picture taken in the West African village of Winneba, Ghana, where storage of fish is difficult caused by lack of ability to preserve the catch of fish. The golden dried fish of Winneba, Cristina Mittermeier for SeaLegacy, 2018.

Millions of people all over the world are entirely reliant upon the ocean for food, jobs and transport yet over-exploitation, competing uses, pollution and climate change are pushing ocean ecosystems towards a tipping point. The One Ocean Hub will bridge the current disconnects across law, science and society to empower local communities, woman and youth – who are particularly impacted by decision-making – to co-develop research and solutions.

The aim is to predict, harness and share equitably environmental, socioeconomic and cultural benefits from ocean conservation and sustainable use. The Hub will also identify hidden trade-offs between more easily monetized fishing or mining activities and less-understood values of the ocean's deep cultural role, function in the carbon cycle, and potential in medical innovation.”

Professor Sir Jim McDonald, Principal and Vice-Chancellor of the University of Strathclyde said:

This is a hugely-important research programme that seeks to tackle one of the biggest challenges of our time. I’m delighted the University of Strathclyde is leading this consortium. We have a proven track record of working with partners across all sectors to make a positive impact on global communities, helping to achieve the UN Sustainable Development Goals.”

The sheer scale and ambition of these Hubs is what makes them so exciting. They enable us to deliver a coordinated global response with UK researchers working in partnership with researchers, governments, NGOs, community groups and international agencies across developing countries.

Each Hub has the potential to transform the quality of life for multitudes throughout the world and safeguard our planet for future generations.” 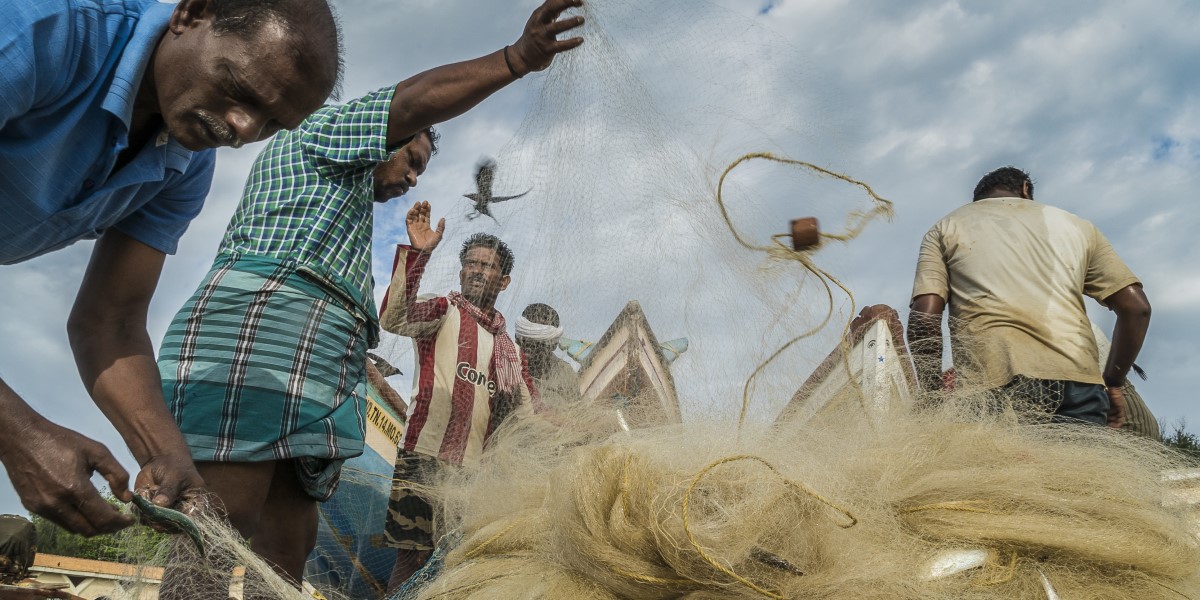 A key priority will be to ensure the knowledge, experiences and rights of those most-reliant upon the oceans, and disproportionately affected by our failure to protect them, are recognised. Photo: Cristina Mittermeier for SeaLegacy, 2018.

Advancing an integrated and inclusive approach to ocean management

Within the initial five years of the programme, the team hopes to advance an integrated and inclusive approach to ocean management at a national level in South Africa, Namibia, Ghana, Fiji and the Solomon Islands that enhances the resilience of marine ecosystems and of vulnerable groups.

We are delighted to work collaboratively across disciplines with other committed organisations towards achieving the Sustainable Development Goals. The Hub will provide support in complex issues at national and regional level within a respectful partnership, and will help secure the health and wellbeing of the ocean and vulnerable communities for generations to come.”

Our aspiration is that decisions on the ocean will be informed by multiple values and knowledge systems and that the rights and worldviews of communities, women and youth will be recognised, valued and realised.”

The five-year programme is being funded by the UK Research and Innovation’s Global Challenges Research Fund (GCRF), which is a £1.5 billion fund announced by the UK Government in late 2015 to support cutting-edge research that addresses the challenges faced by developing countries.

The One Ocean Hub will help to support the UK’s international commitment to the Sustainable Development Goals, in particular SDG 14 on the conservation and sustainable use of the oceans. 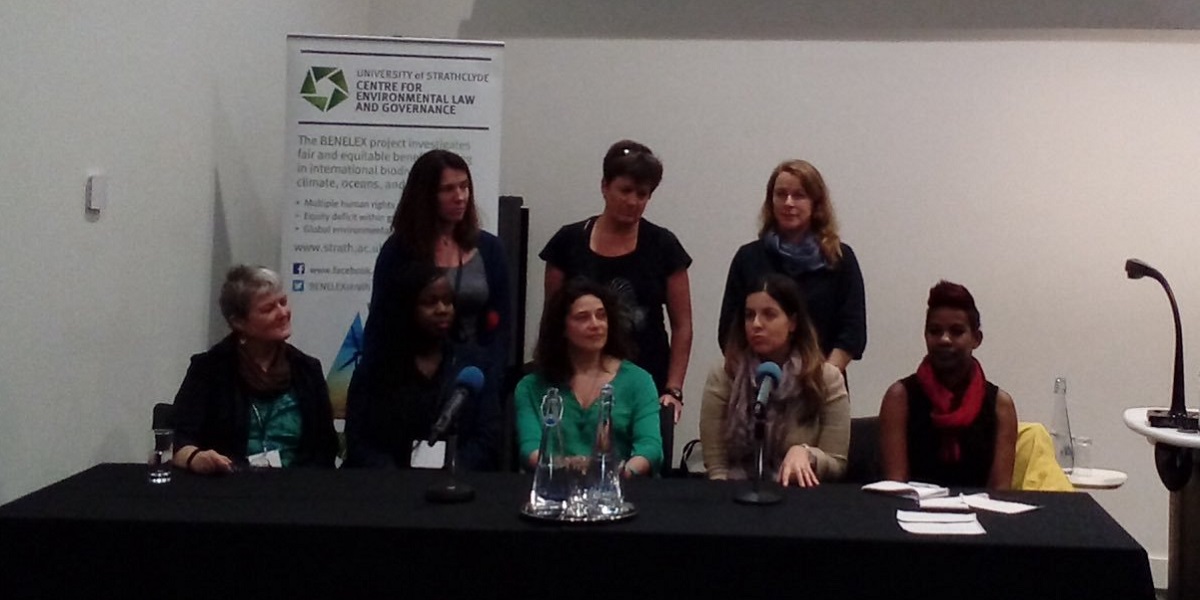 The One Ocean Hub is founded on research and project partnerships: roundtable on the ‘Ocean's Contribution to the Sustainable Development Goals’ (May 2018)

Our LLM students are taught by leading experts who themselves are working with public authorities and a broad range of stakeholders to address questions and issues of sustainability, from the local to the global. Our LLM programmes also provide opportunities for students involvement in our research projects and work. 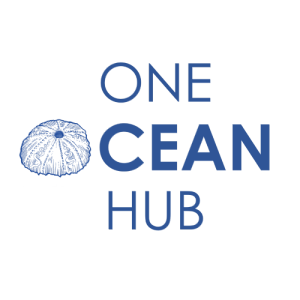 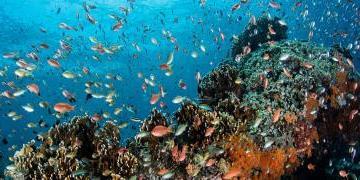