October 2019 – SCELG has been very active on its EILEAN (Islands, Law and Sustainability) front in the past few weeks. In the first week of October, Nicola Crook and Francesco Sindico joined the Scottish Government Islands Team and Scottish Island Federation (SIF) at SIF’s annual meeting in Grimsay. There, Nicola contributed to a session on Land Reform and then presented the work SCELG did as part of its collaboration with the Scottish Government in the preparation of the National Islands Plan.

On 3 October 2019, the PROPOSED National Islands Plan was laid before the Scottish Parliament and on 8 October the Minister for Energy, Connectivity and the Islands, Mr Paul Wheelhouse, presented the PROPOSED National Islands Plan to Parliament. The Plan lays out 13 strategic objectives and 104 commitments that touch upon many crucial sectors that have been identified by island communities throughout the consultation. Transport and tackling depopulation are particularly important areas, but the Plan recognises that island communities do not work and live in silos and that all issues need a holistic and integrated policy approach. The Plan, to which SCELG has provided technical advice, presents itself as a fair, integrated, green and inclusive Plan. Noticeably, the Plan makes a strong reference to the recent human rights developments in Scotland, to which SCELG is also heavily involved. There are now 40 days for comments and feedback to be shared about the Plan. Meanwhile a rigorous process has started to develop an implementation strategy that will accompany the Plan in order to make it a meaningful tool to improve outcomes for island communities. 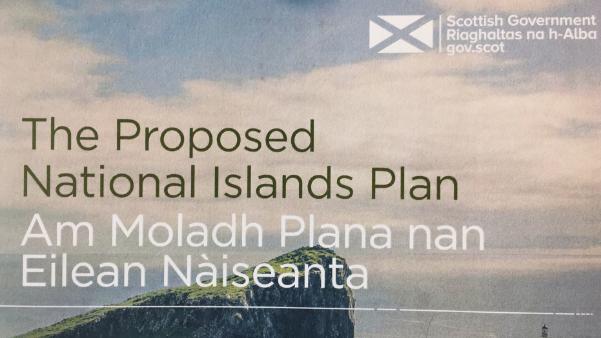 On 9 October SCELG organised a special session at the Virtual Islands Summit organised by Island Innovation with the support of the Organisation of Eastern Caribbean States. The Virtual Islands Summit was a completely on line and free event gathering expertise from islands around the world and sharing good practices and success stories. Francesco Sindico moderated a session titled “Islands as Hubs of Innovation in the era of the Sustainable Development Goals: Public Participation and Engagement with Island Communities” with speakers from Hawai’i, Aland Islands in Finland, Scotland and Croatia. The session was also an opportunity to present the UN Local2030 Islands Hub hosted by Hawai’i Green Growth and Scotland’s National Islands Plan, which was presented by Nicola Crook. The session has been recorded and can be viewed here. 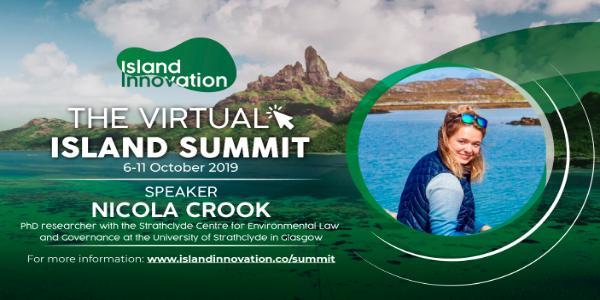 On 11 October Nicola Crook presented the work that SCELG has undertaken with the Scottish Government Islands Team in a breakout session at the Arctic Circle Assembly in Reykjavik, Iceland. The Assembly is the largest annual gathering on the Artic and is attended by heads of state and government, ministers, and members of parliament. Nicola contributed to a panel chaired by Mr Wheelhouse, Scottish Minister of Energy, Connectivity and Islands, and focused on the methodology undertaken during the National Islands Plan consultation process, with a view to sharing good practices with other countries.

Francesco Sindico and Nicola Crook have recently published a short piece in the Edinburgh Law Review. The article, titled “Placing the community at the heart of island governance: The Islands (Scotland) Act 2018”, traces the roots of the Islands (Scotland) Act and highlights how provisions therein provide island communities with legal avenues to be at the heart of future island governance in Scotland. The article builds on SCELG’s collaboration with Scottish Government in the preparation of the National Islands Plan.

Francesco Sindico will be presenting on 7 November at the SRUC (Scotland Rural Centre) Island Webinar Series from 2 to 3:30. The Webinar series has featured presentations from Finland, Australia and the USA. In this webinar Francesco will be joined by Erica Clarkson, Scottish Government Island Team Lead, and together they will be commenting on the PROPOSED National Islands Plan. For those in or close to Edinburgh the webinar will take place also “live” at the Peter Wilson Building in Edinburgh.