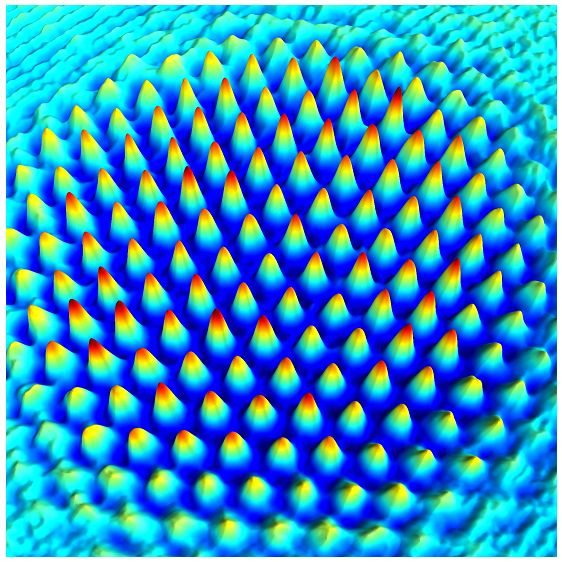 Optics & Photonics News published by the Optical Society of America highlights the most exciting peer-reviewed optics research to have emerged over the past 12 months in Optics. A joint contribution between Strathclyde Physics and the Institut Non Linéaire (INLN) in Nice on Optomechanical self-structuring of cold atoms has been awarded this distinction (Optics & Photonics News, December 2014, page 50). We described a simple single pump-beam, single-mirror feedback scheme that demonstrates the spontaneous spatial organization of a cold atomic cloud in the plane transverse to the pump axis. In our case, instead, cold atoms can bunch into potential wells self-created by interaction with the light field. The instability leads to a simultaneous high-contrast spatial modulation of the atomic density as well as the output light (see Figure). Two continuous symmetries (translation and rotation) are spontaneously broken in the process and so the spatial self-organization can adopt a multitude of different spatial configurations. 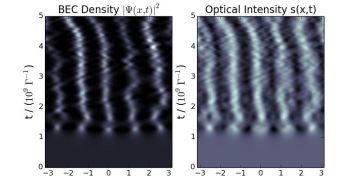 Optomechanical Self-Structuring in a Bose-Einstein Condensate 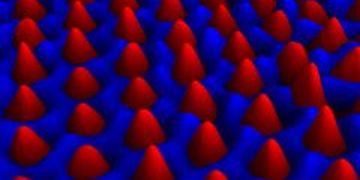