Steve Greenland launched Craft Prospect after completing research at the University of Strathclyde, alongside his former employer Clyde Space Ltd. Steve was looking into how space companies can enable new entrants into the space industry using nanosatellites.  A key motivator in launching the business was to use the skills and experience from undertaking and delivering industrial research with immediate industrial application, acting as a bridge between academia, industry and other stakeholders. This work had been highly successful and resulted in a number of mission labs being set up globally, including at the University of Strathclyde; allowing Clyde Space to broaden its reach for products.

With the initial research program completing in 2016 with a number of follow-on projects continuing, Steve began thinking about what was next for himself. This exploration of both his own motivations and the opportunities created by his work ultimately led him to found two organisations.  Firstly, Craft Prospect Ltd, focusing on emerging technologies expected to impact space systems development in the next decade, and Omanos Analytics, a social enterprise looking at immediate quick wins in using Earth observation data for social impact in data-deprived communities globally.

Since launching both companies, Steve has gone on to become a Royal Society of Edinburgh Enterprise Fellow, been a recipient of a UK In-Orbit Demonstration Mission and has won an accolade of awards, including an £80k prize win with Scottish EDGE.

I have always been interested in setting up a business but lacked the experience. Coming from industry were working very intensively was the norm, working as a researcher gave me the headspace to think about what I valued and wanted to achieve. At the same time, I learned key skills which I could later apply to grow my business; in writing and securing high-value technical proposals and establishing teams to deliver them.

Nothing ever goes exactly to plan, and realising that at the point of departure it is down to you and no-one else. Be sure to nurture your networks as this is likely to be where your first opportunities will come from and understand (and where necessary seek advice on) the value of your own personal intellectual property. Form your own opinions, act accordingly and be consistent 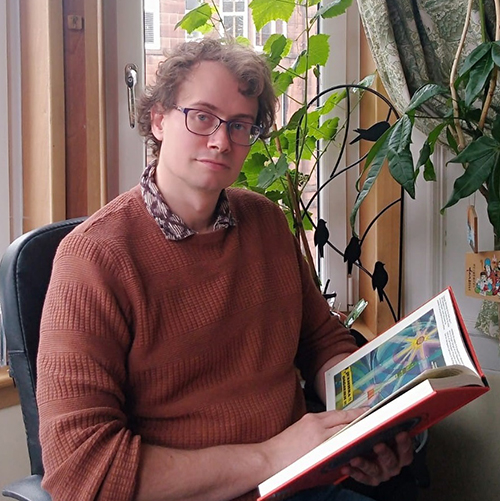