SCELG and the CBD Consultancy on Biosafety Mainstreaming (UPDATE)

November 2018: The Strathclyde Centre for Environmental Law and Governance (SCELG) has developed online capacity-development tools (in English, French and Spanish) that will support national governments and their stakeholders in the effective implementation of international biosafety law. This is part of an ongoing partnership between SCELG and the Secretariat of the UN Convention on Biological Diversity.

In September 2016, the Strathclyde Centre for Environmental Law & Governance was awarded a consultancy from the Secretariat of the Convention on Biological Diversity (CBD) to support the integrated implementation of the Cartagena Protocol on Biosafety at the national level. In June 2017, the Secretariat offered another consultancy to SCELG, which also sought to help the implementation the Supplementary Protocol on Liability and Redress to the Cartagena Protocol. The consultancies were conducted by Professor Elisa Morgera (Co-director of the centre), Miranda Geelhoed (PhD Fellow) and Elsa Tsioumani (BENELEX Research Fellow).

The first phase of the consultancy included the drafting of a synthesis report of nine national desk studies on biosafety mainstreaming, from the governments of Moldova, China, Ecuador, Mexico, Belarus, Uganda, Malaysia, Malawi and Burkina Faso. The synthesis report is available on the CBD website: M Geelhoed, E Morgera and E Tsiousmani, Synthesis Report – National Desk Studies, Capacity-building to promote integrated implementation of the Cartagena Protocol on Biosafety and the Convention on Biological Diversity at the national level (Secretariat to the CBD, March 2017).

Building upon the report, as well as on the outcomes of a workshop in Moldova in early November 2016, SCELG developed two online learning modules that are available on the CBD website:

SCELG's work was presented at a side-event to the CBD COP in Cancun, Mexico in December 2017, by Prof Morgera: ENB coverage of the event. 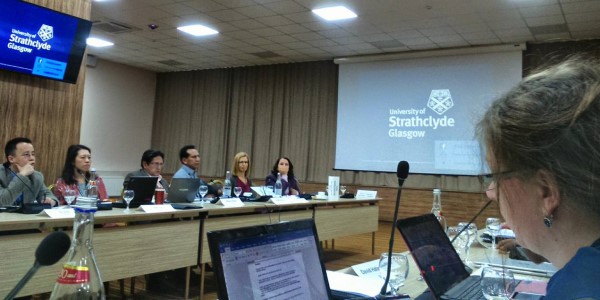 SCELG at the workshop on biosafety mainstreaming in Moldova

The second phase of the consultancy allowed for the development, in cooperation with Mike Muzurakis, of two additional e-learning tools that are available on the CBD website:

All online tools, developed in the first and second phase of this project, were translated into French and Spanish and the translations are available on the CBD website.

The new tools will be presented at a side-event to the CBD COP in Sharm el-Sheikh, Egypt on 20 November 2018. 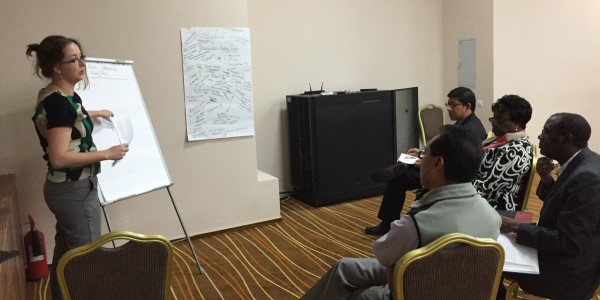 To access the online biosafety mainstreaming tools as developed by SCELG, please visit the CBD’s Biodiversity e-Learning Platform and select ‘Biosafety – Mainstreaming Biosafety’ or ‘Biosafety - Nagoya-Kuala Lumpur Supplementary Protocol’. The tools are made freely available, but users are required to create a ‘SCBD Account’ before first use.

More information about mainstreaming biosafety, is available on the CBD website. 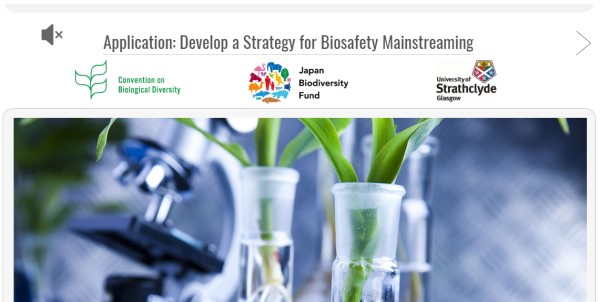 'The Application to Develop a Strategy for Biosafety Mainstreaming' and the other online tools on biosafety mainstreaming developed by SCELG are available on the CBD website.

Experts on biodiversity are part of our SCELG team and use their research to educate our students on the LLM in Global Environmental Law and Governance. All post graduate teaching programmes hosted by SCELG are based on policy-relevant research and postgraduate students have an opportunity to contribute to consultancy projects with leading international partners and UN bodies. Find out more about our PhD Program.

Find out more about our partnerships

Find out more about our PhD Programme