The implementation of the SDGs by regional governments: a collaboration between SCELG and nrg4SD

July 2018: The Strathclyde Centre for Environmental Law and Governance (SCELG) has been collaborating with the network of regional governments for Sustainable Development (nrg4SD) over the past six months in the framework of the implementation of the Sustainable Development Goals (SDGs). The final result is a report titled “Localizing the SDGs: regional governments paving the way” produced by nrg4SD and SCELG that captures the efforts of regional governments in their implementation of the SDGs, which has recently been presented at a side event to the UN High Level Political Forum (HLPF) in New York organised at the Belgian-American Chambers of Commerce. The report is based on the responses to a questionnaire jointly developed by nrg4SD and SCELG by 47 regional governments around the world.﻿﻿ 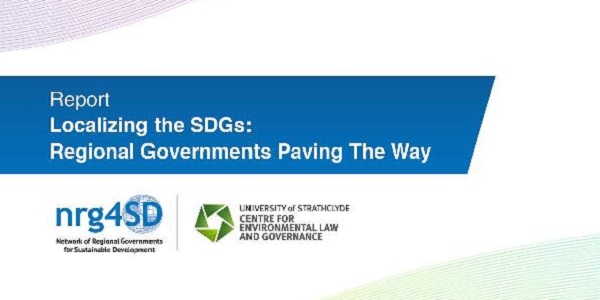 The report has highlighted that, despite the fact that the SDGs are mainly intended for States, sub-national entities like regional governments have an important role to play in their implementation. Regional governments are closer to local communities whose lives are directly affected by the SDGs. Through a process that involves the development of a vision, mapping existing normative and institutional capacities, putting together a policy, adopting law and creating institutions regional governments are in a good position to work hand in hand with central governments and international organisations in delivering on the SDGs. For this process to be effective, a robust system of public participation is needed throughout.

SCELG collaborating with its own students

SCELG’s team in this consultancy was comprised of Co-Director Francesco Sindico and research assistant Juliana Grigorovski Vollmer, who is also completing her LLM in Global Environmental Law and Governance at SCELG. Juliana played a key role in the delivery of the project critically assessing the responses to the questionnaire, developing first drafts of SCELG’s part of the report and contributing to a high-level webinar on Thursday 5 July together with speakers from nrg4SD and UNDP ART Initiative, and government representatives of the Åland Islands and the Basque Country. 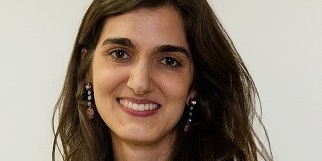 Francesco Sindico, commenting on the release of the report:

“It has been a great pleasure to partner with such a forward thinking and innovative organisation such as the network of regional governments for Sustainable Development (nrg4SD). It has allowed SCELG to explore and contribute to a very important facet of the implementation of the SDGs: the role of subnational entities like regional governments therein. We are keen to take this collaboration forward and to continue to monitor and critically assess together good practices stemming from regional governments from around the world. A further highlight of the project has been working with Juliana, one of our students on the LLM in Global Environmental Law and Governance. Her capacity to take the lead the project from SCELG’s side has been outstanding and we could have not produced the report without her constant and high-level work.”

Francesco Sindico is the programme director of the Strathclyde LLM in Climate and Energy Law and he also teaches on the LLM in Global Environmental Law and Governance of which Juliana Grigorovski Vollmer is a student in the 2017-18 cohort. All post graduate teaching programmes hosted by SCELG are fed by policy relevant research and consultancy projects and enable, as has been the case here, students to collaborate in projects that SCELG is involved with leading international organisations.

Find out more about the Postgraduate Programmes offered by SCELG