Jan 2019 — Professor Elisa Morgera, a member of SCELG and the First Minister’s Advisory Group on Human Rights Leadership, has contributed to a report – published on 10th December 2018 – that has advised the Scottish Government to promulgate a new Act of the Scottish Parliament that protects, amongst other things, the right to a healthy environment in Scotland. 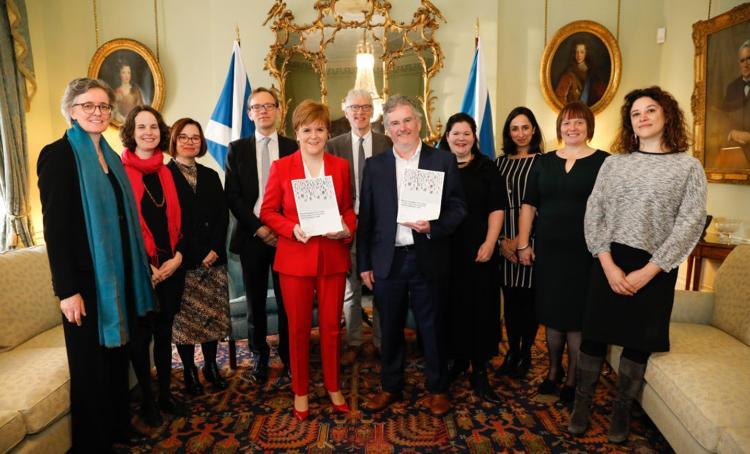 The report, entitled Recommendations For a New Human Rights Framework to Improve People’s Lives, stems from a request from the First Minister to the Advisory Group on Human Rights Leadership to recommend the next steps on Scotland’s human rights journey, including the implications of Brexit. The Advisory Group provided recommendations considering the full range of human rights, including the rights including civil and political rights, economic, social and cultural rights, and environmental rights.

Included amongst the report recommendations, it advises that Scotland should recognise and protect a right to a healthy environment. It adds that: “This overall right will include the right of everyone to benefit from healthy ecosystems which sustain human well-being as well the rights of access to information, participation in decision-making and access to justice. The content of this right will be provided within a schedule in the Act with reference to international standards such as the Framework Principles on Human Rights and Environment developed by the UN Special Rapporteur on Human Rights and the Environment, and the Aarhus Convention.”

SCELG and the National Task Force on Human Rights Leadership: